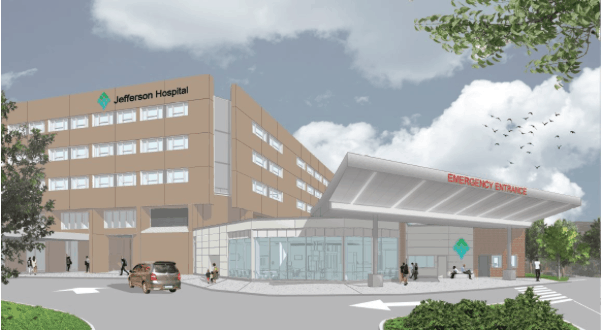 Allegheny Health Network (AHN) and Highmark Health officials today joined local community leaders and EMS crews to celebrate a milestone in the construction of Jefferson Hospital’s emergency department (ED) expansion project. The $21 million expansion and renovation project will increase the size of the ED by 50 percent to nearly 30,000 square feet – taking it from 37 treatment and observation rooms to 49 new or renovated rooms. It is expected to be complete later this year.

Moving away from traditional emergency department layouts, the redesign of the renovation project underscores AHN’s commitment to patient-centered design. The new ED will feature eight care team stations – often called nursing pods – located throughout the department that will give the clinical team a more direct connection to the surrounding treatment and observation rooms, compared to one central nurses’ station.

The ED will be designed to best accommodate patients of all ages, including pediatric-friendly exam rooms and pediatric-trained clinical staff. It will also be home to designated behavioral health caregivers, and have dedicated space for trauma resuscitation as well as bariatric patients. The design will also further advance Jefferson’s Quick Care initiative – a fast-track treatment area that allows for expedited care for minor medical conditions that are urgent, but not life-threatening.

The new approach to care better enables Jefferson hospital to provide an enhanced level of services for the people in the South Hills, lower Mon Valley and surrounding communities. The ED typically sees around 50,000 patients each year with a new patient coming in every ten minutes.

The new Jefferson ED will complement the many other significant investments that AHN has made at Jefferson over the last five years, including the opening of both a new Cancer Institute and Women and Infants Center in 2014.  In recent years, Jefferson Hospital also opened a $17.5 million surgical suite that features minimally invasive vascular surgery capabilities and state-of-the-art operating rooms for minimally invasive robotic surgery. 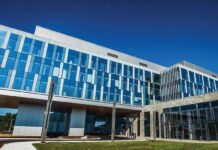 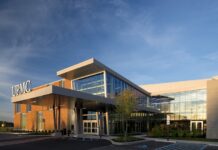 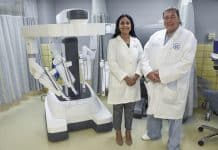 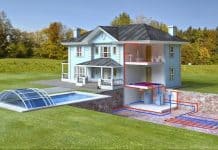