UPMC is investing $30 million to support existing and new research programs at Children’s Hospital of Pittsburgh of UPMC, including the establishment of an endowment fund to honor David H. Perlmutter, M.D., Children’s Hospital’s scientific director.

Dr. Perlmutter is the Vira I. Heinz Chairman of Pediatrics at the University of Pittsburgh School of Medicine and physician-in-chief at Children’s.

“UPMC’s substantial commitment will ensure that Children’s remains a world leader in pediatric research, education and clinical care. This is an extraordinary contribution, dedicated to existing and future research programs, and will be an engine for continued discovery long into the future,” said Christopher Gessner, Children’s president. “It also is a wonderful and well-deserved tribute to Dr. Perlmutter, who has been a transformational leader at Children’s.”

In addition to the David H. Perlmutter Research Endowment, UPMC has committed $20 million to existing and future research programs at Children’s.

The focal point for pediatric basic laboratory research at Children’s is the John G. Rangos Sr. Research Center, where nearly 390 active protocols are being pursued by more than 125 principal investigators in 63 separate laboratories. Significant current programs include:

“UPMC has been delighted with Dr. Perlmutter’s leadership and the progress of our scientists. UPMC is committed to the ongoing support of Children’s Hospital’s pediatric health care and research, and we are honored to make this investment to their programs,” said Steven Shapiro, M.D., chief medical and scientific officer, UPMC. “We recognize the brilliant work done by the many researchers, physicians and other caregivers who make Children’s Hospital the world leader that it is today.” 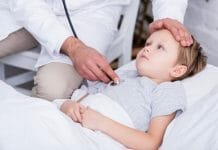 Is Lymes Disease Worse This Year For Children Or Is It Mold Exposure? 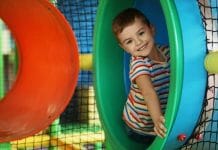 The Benefits of Having an Indoor Playground in a Hospital 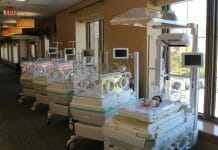 Making Sure Your Child Is Happy