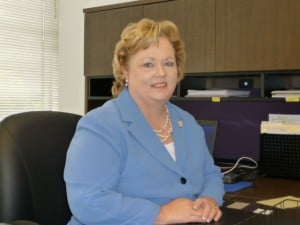 “We are thrilled to welcome such a dynamic and influential leader as our new CEO,” said Susan Cox, RN MSN CHPN®, Chair of the Search Committee for The Alliance. “Ms. Welsh’s professional commitment is beyond measure and, along with her extensive experience within the nursing field, will help lead each organization into a tremendously successful future.”

Sally Welsh brings deep experiences in health care administration and executive leadership in a variety of settings, including hospice and home care and hospital-based clinical oncology.  Prior to accepting her new role as the Alliance CEO, she served as the Vice President of Patient Care Services and Chief Nursing Officer for THA Group, Inc. in Savannah, GA with responsibility for the clinical operations of the home care, hospice and palliative care program providing services in six locations in Georgia and South Carolina with an average daily census of 500 – 550.

Additionally, she previous served as Executive Director of Clinical Oncology at the Curtis & Elizabeth Anderson Cancer Institute at Memorial University Medical Center, Inc.  During her tenure, she held the positions of Associate Chief Nursing Officer and Interim Chief Nursing Officer / Vice President, where she assisted in the development of a pharmacy assistance program, expanded palliative care services, and implemented a Nursing Professional Practice Model and a Nursing Research Program. She was also involved with developing a Nursing Center of Excellence, a Nursing Excellence Philanthropy Fund, and a Nursing Strategic Plan.  She also assisted in the design and opening of the Curtis & Elizabeth Anderson Cancer Institute.

Sally’s areas of expertise include strategic planning, fiscal management of operational and capital budgets, program development, regulatory and accreditation compliance, clinical research, grant procurement, and education.  She currently serves as a member of the Board of Directors for the Georgia Nurses Association and is the Chapter President for the Southeast Atlantic HPNA Chapter.

“Today’s announcement serves to celebrate each organization’s past success and will usher in a new generation of leadership for The Alliance for Excellence”, said Susan Cox, RN MSN CHPN®.  Please join us in welcoming Sally Welsh as she takes the helm of HPNA, NBCHPN®, and HPNF. You can expect to receive more information regarding the hiring of CEO Sally Welsh in weeks ahead. Thank you for your continued support of The Alliance.

About The Alliance for Excellence in Hospice and Palliative Nursing