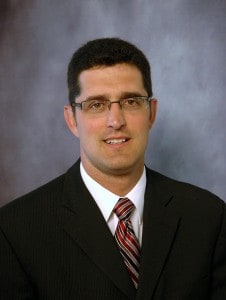 Mr. Wiltrout officially joined Canonsburg’s leadership team in 2002 and was named the hospital’s Vice President of Operations in 2007. He began his career with the West Penn Allegheny Health System in 1991 as a computer operator.

“Terry is a talented healthcare executive who has been instrumental in the success of Canonsburg General and the growth of our southern Allegheny County and Washington County market presence over the past several years. He is a highly visible and well respected leader the community served by Canonsburg General and we are excited to have someone so capable and committed to the vision and mission of this organization leading our efforts on that campus,” said Keith T. Ghezzi, MD, Interim President and Chief Executive Officer of West Penn Allegheny Health System.

Mr. Wiltrout is an active member of many community organizations, including the McMurray Rotary, the Washington County Chamber of Commerce Board of Directors, the Peters Township Chamber of Commerce, the Southpointe CEO Association and the Alumni Council for Waynesburg University. An honors graduate of Robert Morris College with a degree in Management Information Systems, Wiltrout earned his MBA in Health Systems Administration from Waynesburg University.

“What makes Canonsburg General such a special place is the extraordinary people who work here and whose compassion for our patients and commitment to excellence in their care is such a great source of pride in this community. I feel extremely fortunate to be part of that culture and I am honored to have the opportunity to lead this outstanding group of healthcare professionals as we continue to advance the hospital’s capabilities and meet the healthcare needs of the people we serve,” said Mr. Wiltrout.

Are You at Risk?