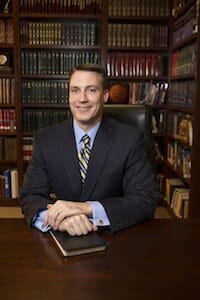 Thomas White, Ph.D., after gaining unanimous support from the Board of Trustees one day earlier, was introduced to the Cedarville University campus community as its 10th president on Wednesday, June 5. He succeeds William Brown, who will serve as chancellor along with the previous president, Paul Dixon.

By accepting the position, White takes the lead of one of the premier evangelical Christian universities in the nation. He is thrilled to be part of Cedarville’s legacy of leadership that includes James T. Jeremiah (1954–1978), Dixon (1978–2003), and Brown (2003–2013).

“Like my predecessors, I believe in what Cedarville stands for and appreciate the quality of graduates who are making a difference in their professions,” said White. “Clearly, Cedarville University has a rich history, and I believe it has an even brighter future.”

One of White’s foundational educational values is “scholarship on fire.” For the new president, this means continuing the University’s emphasis on offering rigorous, nationally acclaimed academic programs combined with conservative theology based on the inerrant Word of God and emphasizing a passion for the Gospel of Jesus Christ. This will be a hallmark of his tenure as president.

“We will continue to offer a challenging academic curriculum that educates students to confront other worldviews and not one that merely indoctrinates students,” said White. “The combination of academic excellence with an emphasis on the Great Commission will result in men and women who are educated with knowledge for a brighter future, virtues for a godly life, and a desire to impact eternity.”

The presidential search process began in November, 2012. Shortly after Brown announced to the student body his desire to step down as president, RPA, Inc. was hired to guide the search process, and a committee of trustees and campus leaders was formed, chaired by University trustee Randy Patten. Since the inception of this process, the committee and RPA, Inc. have searched and vetted the best candidates for the position.

“Dr. White brings tremendous energy, wisdom, and experience that will expand the University’s vision and lead us to fulfill our mission for years to come,” said Lorne Scharnberg, chair of the Board of Trustees. “I am very pleased with the selection of Dr. White as our president.”

Since 2006, White has served as vice president for student services and communication as well as associate professor of systematic theology at Southwestern Baptist Theological Seminary (SWBTS) in Fort Worth, Texas. As an administrator, he introduced new communication strategies that strengthened the brand and visibility of the institution. In his faculty appointment, White taught masters and doctoral classes, developed online graduate courses, and revamped the seminary’s evangelism program.

His first position at Southwestern Baptist Theological Seminary was as director of leadership development in 2004 where he directed the seminary’s $20 million Riley Center for Leadership Development. Under his White’s leadership, the Riley Center doubled its events, and financial revenue significantly increased for the Seminary.

Before joining SWBTS, he was director of student life and, for one year, the interim vice president for student services at Southeastern Baptist Theological Seminary in Wake Forest, N.C.

White has co-authored Franchising McChurch: Feeding Our Obsession with Easy Christianity in 2009; served as editor of First Freedom: The Baptist Perspective on Religious Liberty; Restoring Integrity in Baptist Churches; and Upon This Rock. He also is the editor of a three-volume work entitled Selected Articles on James Madison Pendleton.

He earned a doctoral degree in systematic theology and a master of divinity degree in pastoral track with languages from Southeastern Baptist Theological Seminary. His Bachelor of Arts degree is in English from Anderson University in South Carolina.

White and his wife, Joy, have been married since 1999. They have two young children, Rachel and Samuel. 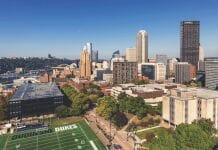 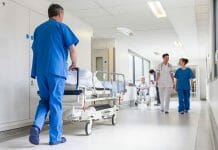 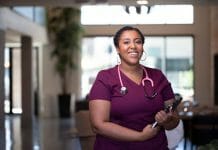 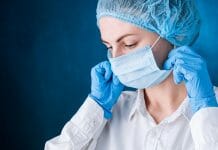