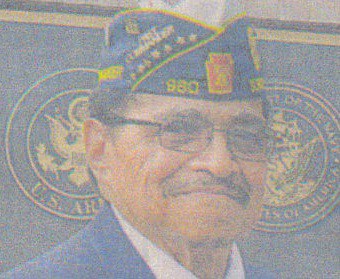 One of Western PA’s own is being recognized in the Home Instead Senior Care Salute to Senior Service contest to recognize Pennsylvania’s best senior volunteer and will receive a $500 donation to the charity of his choice.

Darnell “Jeff” Pope, 73, of Plum Borough won an online vote conducted in April to determine the top Senior Hero in the Keystone State. Jeff was nominated by Nina Segelson of the Plum Senior Community Center, thanks to his efforts leading stroke support groups in Plum and Monroeville, serving on the Center’s Advisory Board, and doing volunteer work for other groups such as American Legion Post 980 in Plum and Soldiers & Sailors Memorial Hall & Museum. In recognition of Jeff’s commitment to service, Home Instead, Inc. will donate $500 to the Plum Senior Center in Jeff’s name. Jeff is now one of 51 finalists (50 state winners & District of Columbia) for the national Senior Hero award. Chosen by a panel of geriatric care experts, the national winner will receive a $5,000 prize to donate to their charity of choice. To see Jeff’s nomination entry, click here: http://www.salutetoseniorservice.com/volunteer-contest/entries/darnelljeff-p/