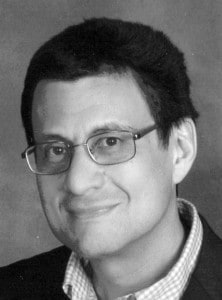 The American Medical Association defines physician reentry as the return to clinical practice in the discipline in which one has been trained or certified after an extended period of clinical inactivity not resulting from discipline or impairment.

Physicians take leave of absence from clinical practice for many reasons, including family caretaking responsibilities, personal health reasons, career dissatisfaction, pursuit of alternative careers, and retirement. The actual number of reentering physicians is unknown due to lack of data, as the majority of state medical boards do not require that physicians see patients as a requirement for relicensure. It is nonetheless estimated by the AMA that about 10,000 physicians could reenter clinical practice in the U.S each year.

Physicians wishing to return to practice after a period of clinical inactivity can experience difficulties due to the lack of a standardized reentry process. There is no continuity among state medical boards regarding reentry policy. Only 30 state medical boards actually have a policy on physician reentry. The average length of time out of practice after which some state boards require physicians to complete a reentry program is three years, but the range is wide, from 18 months to 10 years.

Only 20 percent of medical boards require a physician to engage in a certain amount of patient care for relicensure. In 16 states, passage of the special purpose examination or similar examination may be required. In 13 states, completion of continuing medical education may be required. Besides the lack of consistency in regulatory and licensure guidelines, there are other barriers to reentry such as liability insurance and hospital medical staff credentialing issues, the lack of access to and the cost of reentry programs, and the overall lack of information on the process of reentry.

The AMA recently recommended the development of reentry guidelines across state medical licensing jurisdictions that are consistent and evidence based, including a consistent length of time away from clinical practice that necessitates participation in a formal reentry process, defining how much involvement in clinical care constitutes clinical practice, and studying the impact of loss of specialty board certification on maintenance of licensure.

There are only nine physician reentry programs in the United States, including the LifeGuard Program created by the Pennsylvania Medical Society. Such reentry programs provide clinical skill evaluations, retraining programs and recommendations to the board that are taken into consideration when acting on an application for reactivation.

The Pennsylvania State Board of Medicine does have a policy on physician reentry to practice, and the length of time out of practice after which a reentry program completion is required is four years. Pennsylvania physicians who need a reentry program can be referred to the LifeGuard Program. Participants in the program undergo a cognitive and psychiatric screening, followed by a clinical skill assessment. If the need for advanced training is identified, the program develops an individual remediation plan to refresh knowledge and skills in a protected practice setting. The program then makes recommendations to the physician and the board of medicine regarding the physician’s return to practice, modification of practice, and continuing educational needs.

In conclusion, one of the greatest potential benefits of standardizing and certifying the physician reentry process is the opportunity to address the looming physician shortage. While medical schools are trying to expand enrollment, a large pool of already-trained physicians could also be reintroduced to provide clinical care. Returning a non-practicing physician to clinical medicine is an appealing idea, as it is less expensive to retain an inactive physician than to train a new one.

The ROI of Patient Engagement

The Rise of the “-ists”: A Model Offering New Opportunities and Challenges for Locum Tenens Physicians

The Rise of the “-ists”: A Model Offering New Opportunities and...