Living in the modern world has made a lot of things rather accessible to all of us. No, I’m not talking about the technological developments, although I might have a few things to say about those. Let’s not get off topic, though. I’m talking about the rise of nootropics, otherwise known as smart drugs, which are rather available to everyone today. Go here to learn more about those.

One of the best known smart drugs, which is also widely accepted as legal and safe, goes by the name of Modafinil. It has been thoroughly researched and the reason why it has become so popular lies in several facts. For starters, it’s not addictive, which means there’s no risk of using it. In addition to that, it comes with little to no side-effects. Most importantly, it works and it works pretty well.

Even though this nootropic is known as non-addictive, some people are still concerned about whether it will show up on drug tests and screenings. That’s a pretty normal thing to wonder, especially since some organizations and institutions are known for not being tolerant to things like these. Before we get to checking whether it actually shows up on those tests, let’s first learn a bit more about Modafinil itself.

I have mentioned above that this drug “works”. That has probably sparked up some questions in your head. Above anything else, you’re probably curios about what the statement that it works actually means. How does it work and what does it do to your body and your brain? Why would people use this nootropic at all?

Let’s look into that. Modafinil is the most popular nootropic out there, also known as a perfectly safe cognitive enhancer. People are using it for a wide variety of reasons and in many different situations in which they need to stay awake, focused and alert in order to complete a certain task. Life can get too much for everyone from time to time and we all need a stimulant every now and then.

That’s the thing, though. Modafinil is not a stimulant in the basic sense of that word, which is exactly what makes it so safe. It is actually a wakefulness promotion agent acting as a sort of a stimulant. Simply put, that means that it won’t make you feel jittery or speedy like actual stimulants would, which is a huge plus.

Here’s a bit more info about this smart drug: https://www.livescience.com/51919-modafil-improves-attention-learning.html

This nootropic is known for being able to promote your alertness, increase your resistance to fatigue, as well as improve your overall mood. In addition to that, as a cognitive enhancer, Modafinil improves certain brain functions even in you might feel too tired for those functions to work properly. Focus and memory are some of those functions.

You might have heard that this smart drug is used as a treatment for narcolepsy and similar sleep disorders and that’s perfectly true. Still, that’s not its only function and perfectly healthy people are nowadays using Modafinil as a kind of a cognitive booster. Given the way it can promote wakefulness and alertness, it’s no wonder that people are loving it.

Are There Any Side Effects?

As I have already mentioned above, Modafinil is known to be perfectly safe. Unlike certain stimulants, it doesn’t create addiction. I suppose that was the first thing you were worried about upon hearing of the popularity of this nootropic. You can put your mind at ease, people don’t get addicted on this drug, simply because it doesn’t have that kind of an effect.

Research has shown that it is safe for everyone, but consulting a medical expert is still advisable before beginning to use any nootropics, including this one. The studies that have been conducted have shown that there are next to no side effects of this drug. Still, there is one thing that needs to be emphasized, so that you understand the importance of using Modafinil the right way.

Too much of anything isn’t good, and the same goes for this nootropic. I’m still not talking about the screening for Modafinil and the results of drug tests. We’ll get to that quickly. What I’m trying to say here is that there are people who don’t use the nootropic properly, which is why they react negatively to it. Simply explained, if you take too much of it, you might get temporarily sick.

Does It Show Up On Drug Tests?

Now we have come to the most important question of the day. It’s not so easily answered, though. The very term “drug testing” isn’t as simple as you might have thought it to be. What does that mean exactly? To put things simply, it means that there are various ways of performing a drug test and not all of those give the same results or test for the same substances.

Those ways include gas chromatography drug testing, mass spectrometry, reagent and immunoassay drug testing. As you probably could have guessed it, these yield different results, meaning that some of them are designed to check for specific substances, while others can show any foreign substances in the content. That leads us to an important conclusion.

Reagent and immunoassay tests will only show Modafinil if it is specifically looked for, while the other two types will indicate the presence of a foreign substance and trigger some red flags that might lead to further investigation. In other words, all four methods can discover this drug, but they don’t do it the same way. Some are more specific than the others.

Due to all of this, the question of whether this nootropic will show up on a drug test is more easily answered if you know the type of testing that is performed. If you want to know what you can expect from those different methods, it would be best if you learned as much as you can about them (additional info). As already explained, different methods yield different results.

Still, if you are looking for a simple and straightforward answer, I have one for you. If Modafinil is searched for, Modafinil will get found. In other words, whichever testing method is used, if the purpose of testing is to discover Modafinil specifically, scientists will do their best to discover it and they’ll definitely succeed.

Will It Be Searched For?

Now, here’s a silver lining. With a couple of exceptions, most organizations won’t search for this nootropic at all. After all, it is a completely legal smart drug which is widely accepted in the society, so its use is almost never a problem. The best piece of advice I could give you is to get properly informed about the policy of specific institutions and organizations regarding Modafinil, so that you know whether you should worry about any kind of testing or not.

While there are still those who don’t support the use of this nootropic, I’m fairly certain that there will come a time when this won’t be an issue at all. Given how beneficial Modafinil can be, that won’t come as a surprise. I suggest you follow everyone’s rules and wait patiently until everyone accepts this nootropic for what it actually is – a perfect and safe cognitive enhancer. 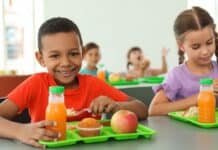 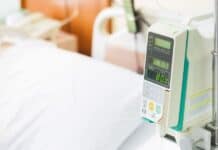 When To Utilize a PCA Pump for Patient Care 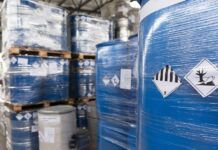 What Are Some Examples of Biohazardous Waste? 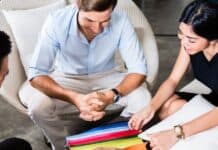 Features To Look For When Buying Behavioral Health Furniture 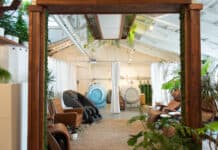 The Breath of Life: How Hyperbaric Oxygen Therapy (HBOT) is Revolutionizing Fertility for Men and Women