West Penn Hospital, part of the Allegheny Health Network, has been named a Center of Excellence in Minimally Invasive Gynecologic Surgery by the AAGL, American Association of Gynecologic Laparoscopists and the Surgical Review Corporation (SRC.)

Fredric Price MD, a gynecologic oncologist and pioneer in the use of robotic and other minimally invasive techniques in the Pittsburgh area, serves as Director of Minimally Invasive Gynecological Surgery at Allegheny Health Network.

Center of Excellence facilities undergo a rigorous site inspection and review process to earn designation by SRC and AAGL.

“Truly excellent patient care is the result of both the individual surgeon and the facility at which the surgery is performed. The Center of Excellence designation enables patients to distinguish providers who have met the requirements for delivering high-quality perioperative patient care from those who have not,” according to the SRC and AAGL.

The Center of Excellence program is focused on improving the safety and quality of gynecologic patient care worldwide, and lowering the overall costs associated with successful treatment. Data from Centers of Excellence will be used to determine which treatment works best for which patient under what circumstances, and demonstrate improved outcomes and cost savings that result from a quality initiative.

“This designation recognizes our Network’s long-established prominence in providing advanced care for women,” said Allan Klapper, MD, Chair of the Department of Obstetrics and Gynecology at Allegheny Health Network. “We are fortunate to have such a talented group of doctors skilled in minimally invasive surgery, led by Dr. Price.”

Dr. Price performed the first abdominal hysterectomy in western Pennsylvania using the daVinci surgical robot, and has gone on to perform hundreds more using this innovative technique, more than any other local gynecologist or gynecologic oncologist.

“The Center of Excellence designation is a tribute to the outstanding work of our doctors, our nursing staff, the surgical nursing units and all of our colleagues working in the operating room, recovery room, Intensive Care Unit and preoperative areas at West Penn,” Dr. Price said.

A graduate of Yale University, Dr. Price received his medical degree from the University of Louisville School of Medicine. He completed his residency in obstetrics and gynecology at Magee-Womens Hospital, where he was elected chief resident and chosen for a prestigious Felix Rutledge Fellowship at the M.D. Anderson Cancer Center. He also completed a training fellowship in gynecologic oncology at Yale University School of Medicine.

Dr. Price practices at West Penn Hospital, Jefferson Hospital, and St. Vincent Hospital in Erie. He can be reached at 412.578.1116. He is one of many Allegheny Health Network gynecologists and gynecologic surgeons with expertise and advanced capabilities for minimally invasive surgeries. More information is available by calling 412-DOCTORS (362.8677). 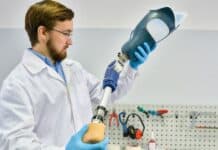 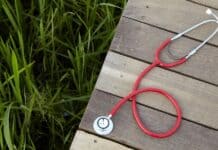