“Monongahela Valley Hospital’s Community Care Network (CCN) brought me out of a place I didn’t want to be,” explained Greg Spencer, 57, whose life was shaken by COPD.

With a new diagnosis of COPD, Mr. Spencer was interviewed by a representative from the Community Care Network while he was an inpatient at Monongahela Valley Hospital so that his ongoing care needs and concerns could be identified. Once he left the hospital, Kristy Taylor, MSW, the CCN’s social worker, and Kristin Cunic, CRNP, the CCN’s lead care coordinator, met with Mr. Spencer two to three times a week to help him manage his condition.

“Those women were wonderful,” he said. They helped me to understand my medications and the doctors’ recommendations. In fact, they even helped me with billing questions.”

COPD significantly altered Mr. Spencer’s life. Prior to developing the condition, he was a delivery driver for Federal Express; however, his limited breathing capacity did not allow for him to keep up with the physical demands package delivery required and he lost his job.

“I lost all of my strength and struggled to perform routine tasks,” explained Mr. Spencer. “There were six months when I actually couldn’t get off of the couch. One of the best decisions I made was to trust the women from the Community Care Network. They were flat out honest with me. They listened to what I had to say, answered my questions and we formed a mutual respect. They are very transparent. They helped set me up on oxygen and get into pulmonary rehab.  Kristy even helped me navigate the health insurance maze and get me on disability.”

“The CCN is the way care should be handled because once a person comes to Monongahela Valley Hospital for care, they remain our patient, even after discharge,” explained Lynda Nester, MS, BSN, RN, NE-BC, executive director of the CCN. “When they leave our hospital, we transition them to the next step in their care whether it is to their home, a skilled nursing facility, a rehab center or another hospital.”

The CCN team consists of a physician, CRNP, registered nurses, a social worker, behaviorist, navigators and health coaches. They partner with post-acute care, mental health, hospice and palliative care providers as well as elder communities, religious and spiritual organizations and volunteers to ensure a seamless continuity of care. The CCN also works with other community agencies to utilize all available resources and take medical follow-up care to a new level. The team, under direct medical supervision, can help ensure that patients are following treatment plans and are actually taking prescribed medications. The CCN also focuses on eliminating missed appointments with PCPs and specialists. With emphasis on early detection, in-home monitoring is provided to help identify changes in symptoms before they lead to an unnecessary readmission.

A major focus of the CCN is to help patients identify and overcome barriers to living a healthy lifestyle and following their treatment plans. Many parts of a patient’s life, called social determinants of health, affect health and healthy living. These include access to transportation as well as the ability to afford medications, food, utilities or safe housing.  The CCN team works to connect the patient with resources that can help them. The team helps patients to navigate insurance and application processes.

The CCN is a completely free service provided by Monongahela Valley Hospital.

Mr. Spencer is very grateful that the CCN was there to help him.

“I just don’t want to sit around. I have to keep moving and the CCN helped me get back to life”. 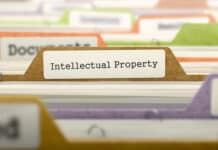 Allegheny General Hospital Heart Specialists Among the First in the Country...

How Doctors Can Protect Their Online Reputation