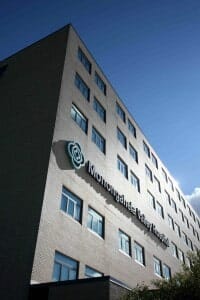 At the conclusion of the 2009-2010 Fiscal Year, the United States continued to dig out of the worst financial plunge since the Great Depression. During that economic blight, a desperate need for genuine leadership from all sectors was necessary to motivate the human spirit and return the U.S. to a position of strength and greatness.

Mon-Vale Health Resources, Inc. (MVHR) provided that leadership. Although it was not immune from the effects of the fragile economy, those short-term economic conditions did not and will not deter MVHR from continuing its mission to enhance the health of those in the community. From housing to business development, MVHR’s presence activates an economic benefit and a sense of comfort to families and employers by knowing they have one of life’s most important community resources.

The leadership qualities of MVHR’s Board, medical staff, employees and volunteers emphasizes what the community expects – quality, convenient and accessible medical care.

The past year brought new milestones that strengthened MVHR’s position as a community leader:

An anniversary celebration topped off a quarter-century of advanced cancer care of the Charles L. and Rose Sweeney Melenyzer Pavilion and Regional Cancer Center— the first of its kind in Washington, Fayette and Greene Counties. The June 30, 2010 festivities were more than the birthday of a structure. It marked 25 years of saving lives with the latest technology while restoring the emotional and spiritual well-being of area patients.

Monongahela Valley Hospital contributed to the fight against cardiovascular disease, by far the number one killer of Americans, by restarting its PCI/Angioplasty Program. That model now may be adopted by other community hospitals to safely perform this lifesaving procedure without the additional costs of a full open heart program at a tertiary medical center.

Private rooms are a convenience for patients. In fact, studies have shown that they also add the potential of greater operational efficiency. Throughout Fiscal Year 2010, Monongahela Valley Hospital continued its goal of providing all private rooms for Medical/Surgical patients.

These examples only represents a handful of the MVHR achievements that ensure its leadership position in the mid-Monongahela Valley.

More examples and other milestones are available at www.monvalleyhospital.com.