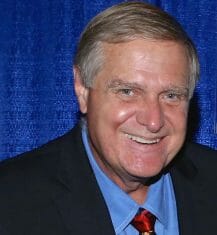 Dr. Cicco is board certified in pediatrics and neonatal-perinatal medicine. He is now retired, but most recently served as associate director of the Neonatal Intensive Care Unit at West Penn Hospital and was a clinical assistant professor, pediatrics, at Temple University School of Medicine.

A member of ACMS since 1980, Dr. Cicco has served on the Board of Directors and Executive Committee since 2014. He was the ACMS treasurer in 2014, secretary in 2015, vice president in 2016, and president-elect in 2017. At the state level, Dr. Cicco served as a delegate to the Pennsylvania Medical Society in 2013. He was a member of the PAMED Task Force on State of Medicine from 2010 to 2013.  In addition, he has been the recipient of several prestigious awards, including the ACMS Physician Volunteer Award and the PAMED Physician Volunteer Award. In 2012, The Pennsylvania Chapter of the American Academy of Pediatrics named Dr. Cicco Pediatrician of the Year.

Dr. Cicco is a past president of Parent Care, a national association of parents and professionals that advocates for family centered NICU care. He is also a past president of the Pennsylvania Chapter of the American Academy of Pediatrics and for four years chaired the planning group for the AAP National Conference and Exhibition. In addition, Dr. Cicco is a member of the Committee to Establish Recommended Standards for Newborn ICU Design and is active in many projects directed towards reducing infant mortality. He has served on numerous health department Advisory Committees over the years and currently serves on the Advisory Committee for the Pennsylvania metabolic screening program and the Allegheny County Health Department’s child death review team.

Dr. Cicco graduated from Case Western Reserve University School of Medicine in 1976. He completed his residency at Children’s Hospital in Pittsburgh and a fellowship at Magee Women’s Hospital of UPMC.

Dr. Cicco and his wife, Anita, reside in Scott Township. They have adult four sons. 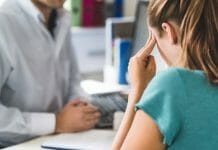 Can Predictive Analytics Have a Moneyball Effect on Healthcare Staffing and Scheduling?