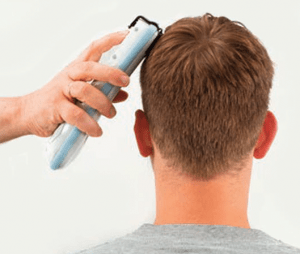 The Infrascanner™ Model 2000 is a handheld device with a disposable patient interface that uses Near-Infrared (NIR) technology to detect intracranial bleeding, identifying those patients who would most benefit from immediate referral to a CT scan and neurosurgical intervention.

“FDA approval in the U.S. allows InfraScan to offer an industry first, powerful tool for use by civilian and military medical professionals to quickly triage head trauma patients,” said Baruch Ben Dor, President and CEO of InfraScan, Inc. “Shortening the time to treatment through effective detection of intracranial bleeding can mean preserving brain function in a patient and even saving lives.”

The Infrascanner™ Model 2000 was developed in partnership with U.S. Navy and Marine Corps. The Model 2000 features upgrades that meet the specifications of the U.S. Marine Corps and is a ruggedized, integrated, user-friendly unit.

“Before the Infrascanner, first responders had to rely on imprecise methods to detect brain bleeds in patients, potentially delaying treatment,” said Dr. Joseph Maroon, Professor and Vice Chairman of the Department of Neurological Surgery at the University Of Pittsburgh, team neurosurgeon for the Pittsburgh Steelers, and Medical Advisory Board member of civilian Infrascanner™ distributor, MedLogic, LLC.

“Whether on the field of battle with military medical personnel or on the thousands of playing fields with sports health professionals in professional, amateur or youth sports, the Infrascanner can potentially save lives by quickly detecting life-threatening brain bleeds earlier,” added Dr. Maroon.

Successful treatment often relies upon timely diagnosis and intervention prior to neurological deterioration. The early identification of a brain hematoma can play a significant role in facilitating transportation of critically injured patients to facilities, which can both verify Infrascanner’s early diagnosis and offer surgical intervention. 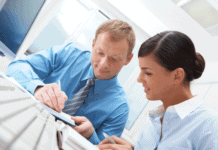 How IT Services are Impacting the Healthcare Sector

Cyberattacks in the Real Estate Industry

High-Quality Healthcare and a Date are the Recipes for Happiness

When is the Right Time to Add Provider Coverage? Medical Scribes...

5 Reasons Why You Ought to Secure Your Medical Website with...