In 2010, at age 43, Ann Graham was training for a marathon, persistent pain in her left leg turned out to be osteosarcoma, bone cancer. Ann was treated in the pediatric cancer center at Memorial Sloan Kettering in New York City. She was awed and inspired by the courage and cheerfulness of the kids suffering from the same disease. Since Ann completed treatment, her mission has been to Make It Better (MIB) for children battling osteosarcoma.

Osteosarcoma, an aggressive malignant primary bone cancer, is an extremely painful cancer and only offers patients a debilitating treatment protocol. Although osteosarcoma is not common (800 to 1,000 cases each year), half of the cases occur in children and teens. It is the most prevalent bone cancer affecting children and adolescents/young adults and is often misdiagnosed as a benign tumor or dismissed as growing pains. No new treatments have come to market in 50 years, and a nonprofit organization is working to change that for patients.

Through one person’s harrowing experience with osteosarcoma, an entire community blossomed. In 2012, Ann organized her first mission for fellow osteosarcoma patient, Alyssa Divers. Alyssa was a dancer who faced limb salvage surgery with grace and bravery. Alyssa continued to dance in spite of the titanium which now took the place of her bones. After a recurrence was discovered, Alyssa’s leg was amputated and she was put on a clinical trial, which failed. When Hospice was called in, Ann and her team of friends and family (the first Agents) arranged a three-day experience in NYC for Alyssa and her family. Together, they enjoyed a luxurious hotel (The Surrey), backstage at The Rockettes, Mary Poppins on Broadway, American Girl Doll Store and experience, and the Nutcracker at Lincoln Center with VIP Passes. Two weeks later on December 31, 2012, she passed from this life.

After the experience with Alyssa Divers, the missions’ requests kept coming in, so Ann Graham gave up her career in marketing to launch MIB Agents, now a trusted and leading pediatric osteosarcoma nonprofit dedicated to “making it better” for patients, caregivers, doctors, and researchers through free support programs, education, and research. Missions are one of the cornerstone programs for MIB Agents for when an OsteoWarrior, a patient currently in treatment, transitions to hospice care. MIB Agents provide an experience, entertainment or meaningful item of comfort for the patient and their family for free. Through the work of seven dedicated staff members, hundreds of volunteers, and thousands of donors, MIB Agents has raised over $450,000 towards osteosarcoma research in 2022 alone.

One of the many ways that MIB Agents support doctors, research, and others in the medical community working towards new treatments, and eventually a cure for osteosarcoma, is through the annual OutSmarting Osteosarcoma Grant where each year $100,000 is awarded to a project that will focus on moving research forward for osteosarcoma patients. Outsmarting Osteosarcoma grants are supported by MIB Agents Family Funds, which are funds raised by osteosarcoma patients and families in honor of an OsteoWarrior or OsteoAngel, a patient who has passed on from this life due to osteosarcoma. MIB Agents work daily to build a strong, supportive community through their dedication to Making It Better and fostering collaboration and education in the scientific community.

Each year, MIB Agents hosts The FACTOR Osteosarcoma Conference, bringing together leading researchers, clinicians and surgeons along with patients and families to Make It Better for those battling the disease. This annual conference is unlike any other event because the focus of FACTOR is to create a symbiotic bridge between the osteosarcoma medical and patient community to overcome challenges and create solutions, evaluate funding needs for research while bringing awareness to initiatives and funding solutions.

Another unique element to the FACTOR Conference is the OsteoWarriors HQ, where kids and young adults who have a connection to osteosarcoma are brought together to offer support to one another. Geared towards kids under the age of 21, HQ features video games, board games, crafts and more and is a supportive space for warriors in treatment for osteosarcoma, survivors of the disease, and siblings of OsteoWarriors and OsteoAngels to connect with one another while taking a break from the conversations on the conference floor. MIB’s Lead Gamer Agents are trained to game with these warriors, providing them a safe atmosphere to be themselves and escape into a fantasy world with peers. Fostering a community of kids who have lost limbs, friends and siblings to osteosarcoma and allowing them to put the hospital behind them for a few days is a small, but impactful way that MIB Agents builds community.

MIB Agents not only focuses on community-building activities during their annual conference, but also offers support and resources all year long through their tailor-made programs. One such program is MIB Ambassador Agents. The Ambassador Agents is made up of survivors and their families who have personal experience with osteosarcoma and can offer support to those currently in treatment. Additionally, OsteoWarriors receive monthly letters from Ambassadors from all over the world as part of MIB Agents’ Warrior Mail Program. Often times a cancer diagnosis is an isolating experience for both patients and their family, but by talking with people who have gone through the same journey helps families realize that they are not alone and in fact have a large support group cheering them on every step of the way. With the goal of fostering a strong supportive community, MIB Agents’ programs and events are offered for free to OsteoWarriors.

Despite the countless hours of work and hundreds and thousands of funds raised to support patients of osteosarcoma, no new treatments have come to market in over 50 years, but MIB Agents is working to make advances in treatments and one day finding a cure for the disease. Raising awareness around this rare bone cancer is just one way that the public can support patients of osteosarcoma. Talking about this disease, how it effects your life, your family, or friends, is key to shining a light on osteosarcoma, but when fighting a rare and deadly cancer, funding research is a top priority.  Join the hundreds of donors and volunteers that support MIB Agents; not only will you help discover new treatments for osteosarcoma, but you will also become a valued member of the MIB Agents community. Visit MIBAgents.org to find out how you can show your support in the battle against pediatric osteosarcoma.

Ann’s interest in Pediatric Oncology began when, at age 43 she was diagnosed with osteosarcoma, a primary bone cancer that affects kids aged 10-25. She was treated in the Pediatric Cancer Center at Memorial Sloan Kettering. She was awed and inspired by the courage and cheerfulness of her fellow patients every day. Like most adults, she was unaware of how little funding pediatric cancers receive, how great the suffering is, and how all too often the youngest patients lose limbs, fertility, hearing, organ function and their lives to cancer.

Ann began MIB Agents in 2012 when fellow osteo patient, Alyssa Divers was sent home on Hospice for her same cancer. Ann rallied her friends to create an extraordinary experience for Alyssa and her family in her last weeks of life. Today, MIB Agents Makes It Better (MIB) for kids with osteosarcoma through direct patient and family support programs, educational materials and resources, funding research and through an annual conference, weekly podcast and Webinar.

Prior to being diagnosed with osteosarcoma, Ann was the Director of Sales & Marketing for a luxury hotel group, Relais & Châteaux. She also owned a floral & event design company with publication credits in Martha Stewart Weddings, Brides, Vogue Magazine and Vogue Book of Weddings. She has planned events for Lexus, Associated Press, Redken and many celebrities. Ann is originally from Hawaii and has been married to John for 34 years. They have three daughters and one granddaughter. 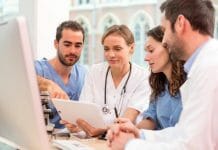 Resolving Barriers to Care: Patient Activation is a Step Forward for Health Systems to Advance Health Equity in Value-Based Care 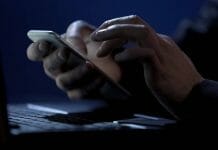 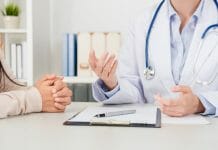 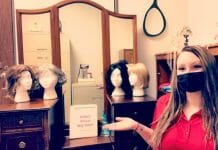 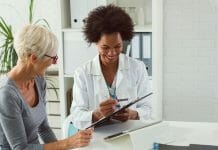