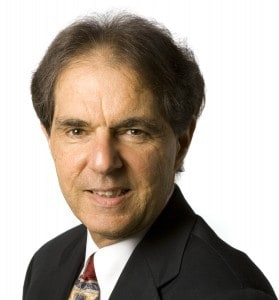 Regardless of how reform plays out, the traditional tension between hospitals and physicians is melting out of necessity. Hospitals need physician buy-in as they enhance quality to meet health reform’s imperatives. Physicians are abandoning independent practice in droves as they face decreasing revenue and government imperatives for electronic health records.

In many states, hospitals cannot directly employ physicians because legislators fear that hospital executives with profit imperatives might influence physicians to compromise patient care. Therefore, physicians act as independent contractors who autonomously care for patients, using hospital equipment and staff as their “workshop.”

Hospitals increasingly have been contracting with “hospitalists,” or physicians who work exclusively at the hospital to handle admitted patients. Physicians visiting patients in hospitals are becoming a relic of America’s medical past. Many community-based physicians do not mind this, because the travel time between the office and hospital is time they cannot bill. However, they are becoming disengaged with their hospitals. They are less likely to serve on hospital committees or cover emergency-department shifts.

Physician alignment, or hospitals working collaboratively with physicians, has always been a core strategy for hospitals. Doctors control 70 to 80 percent of hospital admissions. Fewer than 60 percent are work exclusively with one hospital.

Physicians by nature are fiercely independent. Most are in solo or small practices, with little outside accountability. The teamwork required in integrated care organizations is a foreign concept. Doctors are highly trained scientists used to having the final say on how they treat their patients. Hospital executives, many of whom lack a clinical background, are much more comfortable with a top-down management style to increase revenue and allocate resources efficiently.

A 2011 study found that hospital quality scores were about 25 percent higher when physicians ran the hospital, compared with those that were not. Scores for cancer care were even higher at physician-run hospitals

According to a 2010 PricewaterhouseCoopers (PwC) survey, 1 of 5 physicians does not trust hospitals. Conversely, 60 percent of hospitals say it is difficult to get information from physicians to improve patient care.

The demands of health reform probably will change the physician-hospital relationship forever. Alignment and engagement need to happen rapidly.

Shrinking Medicare reimbursement will squeeze hospital margins throughout the coming decade. A PwC analysis estimated that, without reform, Medicare rates would have risen by 27.5 percent over that period. Under health reform, the increase will be 11.9 percent.

The Medicare value-based purchasing program will begin paying hospitals based on patient satisfaction and quality of care, reducing payments for those in the bottom 25 percent. An average-size community hospital could lose more than $1.4 million annually if it receives poor quality scores beginning in 2013. Until health reform, there arguably was not a business case for hospitals to stress safety and quality.

Under health reform, the most successful hospitals will be those that align tightly with physicians who answer the call for safer, more efficient, effective and patient-centered care.

Physicians are ready to answer that call. The number of hospital-owned physician practices reached 55 percent in 2009, up from 50 percent in 2008 and 30 percent five years ago, according to the Medical Group Management Association.

Merritt Hawkins, a physician-recruiting firm, reported that more than half of physician job searches were for hospitals for the year ending March 2010, compared with 45 percent the previous year and 19 percent five years earlier. The percentage of physicians who own their practices has been declining about 2 percentage points a year for the past 25 years.

According to a 2010 HealthLeaders Media Intelligence Unit report, 3 out of 4 hospital executives said they were getting more employment requests from physicians and they planned to hire more physicians within the next three years. More than 60 percent said they planned to buy medical groups.

More than half of physicians believe they will become more aligned with hospitals, according to the PwC survey. Further, roughly the same percentage wants to align more closely with hospitals to increase their income. This includes two-thirds of cardiologists, whose income was cut significantly by Medicare.

Physicians’ income generally has kept pace with inflation despite flat or declining reimbursement because they have increased volume – seeing more patients, shortening appointments. Finite office hours dictate that this is not a sustainable business strategy, and certainly not ideal patient care.

Steve Jacob is author of the new book Health Care in 2020: Where Uncertain Reform, Bad Habits, Too Few Doctors and Skyrocketing Costs Are Taking Us. His email is [email protected]unitedstatesofhealth.com. 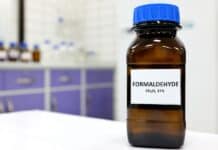 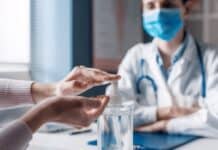 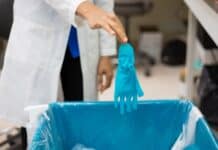 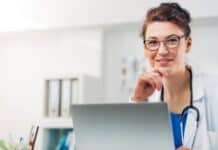