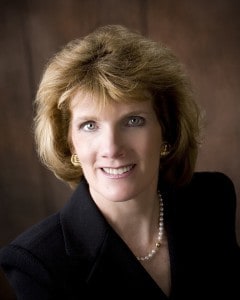 As a morning runner with my 10-year old Australian Shepherd, Hines, I look forward to getting out the door for a good run in the fresh air on any given day, it’s a great way to start the day!   Hines and I love running to the park where he sees other dogs and we run freely without the worry of traffic.  Hines particularly loves to run up-hill, which was initially a new challenge for me, but one I adapted to and now its part of our routine.

However, one Saturday morning in April, I woke and stepped out of bed, and had a terrible sharp pain in my right knee.  I could barely put weight on it and I didn’t know what I had done.  I had stabbing pain that made it very difficult to get down the steps, and my knee was stiff with inflammation.  Once I hobbled downstairs, it was apparent we would not be running.  I felt bad for Hines for this was the high point of his day!

Needless to say,  I got on the Internet and checked my symptoms and self diagnosed, Iliotibial Band Syndrome.   The iliotibial band is a band of fibrous tissue that runs down the lateral side of the thigh. It provides stability to the knee and hip and helps prevent dislocation of those joints. The band may overdevelop, tighten, and rub across the hipbone or the outer part of the knee.

Each time the knee is bent or the hip flexed, the band rubs against bone. IT Band Syndrome is particularly common in runners, cyclists, and people who participate in other aerobic activities.  While I’ve heard other runners complain of their IT Band, this was my first experience with it.  My pain was so excruciating that Saturday evening.  As I changed clothes for bed, I actually fainted as I tried to straighten my knee.  That night I decided I was more comfortable sleeping in the recliner chair with my knee slightly bent.

On Monday morning, I decided to call the physical therapy office at my gym.  I informed the physical therapist that I really had tremendous pain when putting weight on my knee, and that the knee was quite stiff and inflamed, particularly on the lateral side, and  I was concerned that I would not be able to drive.  The physical therapist advised me not to schedule an appointment at this time for he felt it was too severe to work on, but that he would call me on Wednesday, to see if there is any improvement in my condition.  By Monday evening, I called my homeopath, and told her my chief complaint of a stiff right knee and inflammation on the lateral side of the knee, and sharp pain upon standing or any attempt of bending or fully straightening the knee.

Then, after a few questions, my homeopath asked if I had any Bryonia at home, and I did not, then she asked about Rhus tox, which I had.  Rhus tox is good for painful, swelling joints and stiff limbs, and affects fibrous tissue markedly, but after two doses that evening, it had no affect on my knee.  My homeopath advised if I had no improvement to get Bryonia which I did.  That Tuesday I took two doses and later that night, I was feeling some relief.  This was the first time in three days that I had moved from the recliner chair back into bed.  Bryonia matched my whole state—physically, emotionally, and mentally, much better than Rhus tox.  Yet it still has a strong affinity for joints and right sided ailments, that are worse with motion and on first movement. My homeopath understood me and recommended Bryonia because it correlated with all my characteristic symptoms the best.

When the physical therapist called back on Wednesday, I schedule to see him later that  morning.  The knee was still quite swollen, but I was at least able to ambulate to my appointment.  The physical therapist confirmed the IT Band Syndrome diagnosis and stated that I had the worse case of it he had ever seen.  He provided some treatment and then gave me some exercises to do to start stretching the IT band.  He saw me again the next day, and I continued to improve.  Then he did not see me until Monday, and I was much better by then, walking nearly normal and bending my knee much better.  He asked what I did, and I explained it was the homeopathic remedy.  He was so impressed with my accomplishments that he dismissed me from his service, I was well on my way to healing.

This was an ideal example of how homeopathy works.  You find the remedy that best matches the unique characteristic symptoms of a client, then you take a minimal dose of the remedy and it works on the entire person, affecting their physical, emotional and mental state.    Homeopathic remedies are natural remedies from the earth, and they complement our bodies natural defense system, enabling the body to more effectively heal itself.  As our body is an ecosystem, the homeopathic remedies coordinate so well that they never initiate a side effect and all the remedies are regulated by the FDA. 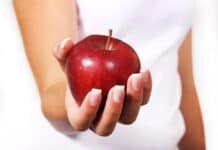 5 Stay Healthy Tips for Anyone and Everyone

Having a Relationship With Someone in Recovery