Through an initial investment of $20 million in the Forbes facility, the goal is to begin a process of modernizing and reconstructing the hospital and its campus to better meet the healthcare needs of the community and greatly improve the patient and visitor experience.

“West Penn Allegheny and its affiliated hospitals are vital community resources that play a critical role in the health and economic vitality of this region,” said Kenneth R. Melani, M.D., Highmark president and chief executive officer. “Several weeks ago, we shared great news with the residents and leaders of the Bloomfield community about our planned revitalization of West Penn Hospital. Today, those who live and work in the eastern suburbs, and all who have come to rely on Forbes Regional for its excellent patient care services, have reason to celebrate as well.”

Among the projects planned at Forbes during the first phase of the initiative include a complete renovation of the hospital’s 4th and 6th floor medical/surgical units; the opening of a comprehensive breast care center; the addition of a third cardiovascular surgery operating room; new facility signage and exterior landscaping; and aesthetic upgrades to many patient/visitor areas including waiting rooms and the cafeteria.

Considerable investment will also be made in technology and construction supporting Forbes Regional’s plans to become accredited as the Pittsburgh area’s first Level 2 trauma center, a designation by the State that identifies hospitals with advanced capabilities for treating adult patients with complex traumatic injuries.

“As the only full service healthcare provider in the eastern suburbs, Forbes Regional has served this community exceptionally well for more than three decades,” said Keith T. Ghezzi, M.D., interim president and chief executive officer, WPAHS. “Highmark’s commitment to this hospital will build upon its proud legacy by moving forward critical investments in programs, technology, people and infrastructure that will enable us to continue offering comprehensive patient care services that are unsurpassed in their quality and state-of-the-art capabilities.”

On November 1, Highmark and WPAHS announced they had reached an affiliation agreement between the two organizations that, pending regulatory approvals, will considerably strengthen the health system and position it as the centerpiece of a new and innovative integrated healthcare delivery system for the region.

As part of the affiliation agreement, Highmark has committed to providing WPAHS with $400 million in grants and loans to support capital investment in its various facilities and programs. Officials announced in mid-November plans for a major upgrade and expansion of West Penn Hospital, including the reopening of its emergency department in the first quarter of 2012.

Throughout the past five years, Forbes Regional has grown substantially through the addition of key services such as cardiovascular surgery and neurosurgery and the opening of both a new 38 bed emergency department and a completely refurbished Women and Infants’ Center. The hospital has also recently become an affiliate of the world renowned Joslin Diabetes Center and is a Joint Commission certified primary stroke center.

More than 500 physicians and 1,380 employees share the hospital’s commitment to patient care excellence. 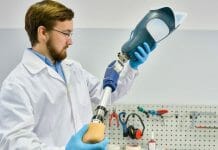 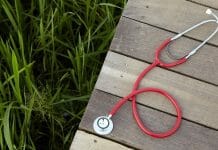 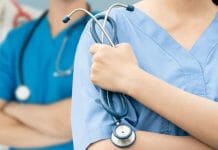 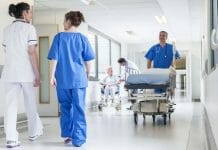 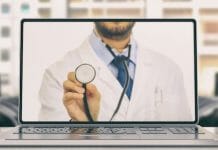