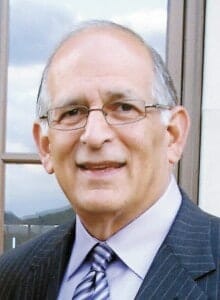 I’ve been staring at a blank page for quite awhile now. Technically, it hasn’t always been blank. I write a line or two, but quickly delete them when I feel the ground beneath my feet begin to shake.

Those of you who have followed my Publisher’s Note for any length of time know that I am never at a loss for words nor a willingness to express an opinion or raise a question. But today, I have chosen to venture into the Forbidden Zone, an area walled off and topped with barbed wire and gun turrets since the 1960s.

I want to talk about religion.

Okay, relax a minute. I’m not going to talk about Religion with a capital R. Nor am I going to talk about specific religions.  What I really want to discuss are those threads common to most religions and why they seem to be unraveling. Threads like the Golden Rule or the ideas imbedded in the Ten Commandments.

Somewhere over the course of my lifetime, much of society decided that such simple notions as telling the truth, not stealing or trying to avoid sleeping with your neighbor’s wife (or anyone who wasn’t your spouse for that matter) was kind of, well, corny. Greed became good and life became cheap. We found it easier to worship something tangible that we could spend or invest in junk bonds than something we couldn’t see or prove. So we chased Him out of our schools and public buildings to make room for sensitivity classes, workshops on how to use condoms and strict adherence to political correctness.

We sacrificed quality television for the cheap laugh about how cool drug use is or how square hardworking, middle class married couples are. We made bed hopping and binge drinking national sports and we were raised to idolize status athletes, movie stars, Snooki and the Kardashians. (Meanwhile, we can’t wait to tear down someone like Tim Tebow, lest our young athletes actually think about putting God before touchdowns and big paychecks.) We’ve convinced many young men that women are objects only for their pleasure and we’ve convinced many young women that a man is the last thing they need in their lives, even when it comes to raising a family.

We’ve even reached a point where we endure obscenities spewed in public but we hesitate to wish someone a Merry Christmas for fear of offending. What’s next? No “God bless you” after a sneeze?

So how is all that working for you? Go ahead—look around the country. Watch a few hours of cable news or pick up the New York Times, Washington Post or Wall St. Journal and tell me if it sounds like we live in a happy nation. A nation on the right path.

I said I was hesitant to share these ideas but along the way of thinking it through, something remarkable—some might say miraculous—happened.

On Sunday evening, March 3, the first installment of a television mini-series premiered. Many TV critics panned the series prior to its first broadcast. That, coupled with the fact that it was being shown on the History Channel rather than a major network or cable giant like Showtime or HBO practically doomed it to obscurity.

With all of that going against it, The Bible shouldn’t have had a chance to make even a blip on the ratings radar. Yet it trounced all competition for its time slot—even against the broadcast networks—and currently cable TV’s most watched entertainment telecast this year.

What does this all mean? Did all those people tune in because they wanted to witness a program crash and burn? Were all the other offerings on the other 300+ available cable channels so lame on that particular night that most people watched The Bible only because it was something new?

Or was it something else? Like The Grinch Who Stole Christmas, maybe we should think that maybe, just maybe, there’s a little bit more to it. Maybe there does still exist a silent majority—of all races, creeds and colors—who believe in something bigger than relative truth and morality, and that happiness isn’t measured by the size of a bank book or a home in a gated community. Maybe there’s a lot more of us than we’ve been lead to believe who have a hunch—and a hope—that we’re alone, nor do we have all the answers and that how we treat each other now has an impact on where we end up later.

Publisher’s Note: How Many Do-Overs Will We Get?

Publisher’s Note: When Will It Ever End?