Accountable Care Organizations (ACOs) have long held the promise of better integrated and more efficient healthcare. In concept, it should reduce duplication—and by extension—the cost of managing an episode of care. However, David Pearce, a partner in the Healthcare Practice of Arnall Golden Gregory LLP, headquartered in Atlanta, GA, says a downside is that by aligning vertically with select providers it reduces patient choice.

“By selecting an ACO or by having one selected for you through your health plan, the providers have already been chosen for you,” he says. “Of course, that is already happening to some degree in most existing managed care structures.”

So is the future bright for ACOs or is it doomed to become a failure?

For Greg Chittim, director of strategic marketing for Arcadia Solutions in Burlington, MA, ACOs are among the best structural ideas to date that realign the incentives in the American healthcare system.

“All parties that do what’s in their best contractual interest are also what will lower cost and increase quality for the country as a whole,” he says. “Plans can achieve a much more predictable cost structure and one where providers are incented to provider better services, not more services.”

Providers also have the ability to capture additional revenue to support technology and/or care management initiatives that they might otherwise struggle to afford.

“Patients live in a system where a single provider or care team is invested directly in their long term health, not just the immediate encounter, driving better outcomes and fewer needle sticks,” says Chittim.

But for any physician to successfully implement an ACO, they need to understand its risk, Chittim stresses.  “They must have the ability to integrate their EHR data with other EHRs in their system as well as the claims data they receive from their plan,” he says. “They must have the governance that is capable of driving change among their physician and patient populations.”

Roadblocks to creating an ACO

There are still several barriers to establishing an ACO. The cost of creating a formal ACO is a significant consideration, notes Pearce. “Early estimates projected costs in the neighborhood of $1.7 million to create a fully qualified ACO. The reality may be that the cost is less, but the initial projections scared off some providers.”

Additionally, he says a formal ACO calls for shared governance and shared risk. Not many short-term acute care providers want to take on the risk profile of a post-acute partner where historically the value of professional liability claims has been significantly higher.

“ACOs change the reimbursement model completely,” he says. “There will be definite winners and losers, and few providers have become completely comfortable with how to manage and apportion financial risk across the health care continuum.”

Individual physicians and physician governing organizations must be prepared to act under an ACO properly, adds Chittim. Unfortunately, many providers who have signed up to participate in an ACO do not fully understand what they have signed up for. Some of the questions they need to be asking before implementing an ACO include:

One of the reasons there has been some negativity surrounding ACOs, says Chittim, is because anyone who lived through the HMO revolution fear the same problems—minimal focus on quality and incentives to ration care.

“I think one of the key structural differences between ACOs and HMOs is the inclusion of broad based and meaningful quality measures specifically to prevent cherry picking and rationing,”he says.

For the Pioneer and Medicare Shared Savings Program (SSP) ACOs—and to a large extent the Commercial ACOs—Chittim says the 33 quality measures, of which 22 can be derived directly from the EHR, will make it more difficult to game the system to the degree that occurred in the HMO era.

“As ACOs evolve to directly source measurement from the EHR and PM systems as opposed to self-reporting, either by the plan or the physician, the transparency and fairness of the contracts will increase,” he says. “This fairness will be a key driver of physician satisfaction and patient outcomes.”

Chittim sees Medicare SSP continuing to emerge and Centers for Medicare & Medicaid Services  continuing to refine and improve their ability to share data—but, he cautions, it will be a struggle.

“In addition, new ACOs will spend too much money on technology without thinking about how to drive adoption among their providers,” he says. “New ACOs will try to get by with just their claims data or just their EHR data, but will continue to fail if they’re not integrated.”

He also foresees commercial ACOs expanding more, but physician groups will be frustrated by confusing technology that does not help them make the right decision at the right time for the most important patients.

Until some of the uncertainty surrounding ACOs has been eliminated, Pearce believes many providers will stand on the sidelines or seek informal “ACO-like” alignments with select providers.

“Whether or not the structure will survive as conceived remains to be seen; however, certain concepts such as bundling of payments are here to stay,” he says. 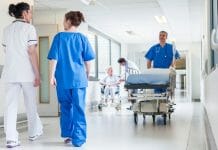 What to Do When Your Loved One Gets Fatally Injured Due to a Maritime Accident?