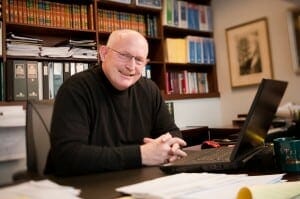 Since Accountable Care Organizations (“ACO”) are one of the featured topics for the May edition of Hospital News, I thought it would be appropriate to revisit the progress and evaluate the promise of ACOs to date.

I last wrote on this topic in the December 2011 Thought Leader column, and indicated there had been little progress, at least with the federal ACO model, which is the Medicare Shared Savings Program as of that time.  I also cited a study done by Leavitt Partners in November 2011 entitled the “Growth and Dispersion of Accountable Care Organizations.”

The key findings of the Leavitt study stated there were 164 ACOs being developed, 99 by hospitals, 38 by physician groups and 28 by insurers.  Most of these commercial products were concentrated in higher income/higher population areas with the majority of the ACOs being concentrated in just eight states, the leader of which was California.

It is fairly obvious 2% is not enough to bend the cost curve, but it could be enough to evaluate the promise of ACOs.  You would expect that this evaluation and testing period will still take several years, which would lead you to conclude the real work in the ACO area will probably be done by large health care organizations and commercial insurers who are already designing and testing new payment models independent of the Medicare Shared Savings Program.  A key indicator of that hypothesis is that the largest integrated delivery systems in the country have not elected to participate in the Medicare Shared Savings Program, at least at this time.

Any type of ACO testing and development, whether based upon federal programs or commercial programs, will require a substantial investment of time, money and other resources.  The American Hospital Association and McManis Consulting published a very informative report in April 2011 entitled “The Work Ahead:  Activities and Costs to Develop an Accountable Care Organization.”  The report focuses on two hypothetical prototype ACO models:

One of the most informative aspects of the report is the format of structural analysis.  The AHA/McManis report identifies 23 “categories of costs,” which crosswalk functionally into action steps for planning purposes.  It is fairly apparent from these models that ACO development will require significant health care savings on more than just a small percentage of the population base in order to survive and be effective.