The role ones cheekbones play in their overall appearance is often overlooked. However, a good set of cheekbones can really bring out a person’s smile while complementing their other facial features. It should come as no surprise, then, that more people than ever before are turning to cosmetic surgery to get an enviable pair of cheekbones. It is important to remember, however, that surgery isn’t always the answer. While it can indeed be useful as a last resort, it is possible to get jaw-dropping cheekbones through a number of natural methods. Find the one that’s right for you and you may very well end up like one of these five celebrities with cheekbones to die for.

Who could forget Michelle Pfieffer’s career-defining role as Catwoman in the 1992 film Batman Returns? In it, she appeared in a skin-tight latex catsuit which revealed to all the magnificence of every part of her body, from her hips, to her chest, to, you guessed it, her cheekbones. Since then, Pfieffer doesn’t seem to have aged a day, nor do her high cheekbones seem to have fallen an inch.

Scarlett Johansson has long been considered one of the most attractive women in all of Hollywood. In fact, she was dubbed Esquire’s Sexiest Woman Alive twice in the space of seven years. Johansson’s beauty can be attributed to virtually any of her facial features, including the natural plump cheekbones which bring out her infectious smile.

Few models have enjoyed as decorated a career as Gisele Bündchen. As early as 2004, Bündchen was listed among the wealthiest models in the world. By 2007, she had graduated to become the 16th richest woman in entertainment. Given that Bündchen has a number of film roles under her belt, it’s unfair to attribute her success to her good looks alone. Of course, it’s impossible to deny that her gorgeous cheekbones certainly played a part in getting her to where she is today.

It’s difficult to think of a star with cheekbones more famous than those of Angelina Jolie. The actress and humanitarian’s thin face is instantly recognizable and has led to her being considered one of the most beautiful women in the world, if not the most beautiful. Never were Jolie’s cheekbones more prominently displayed than during her starring role in the film Maleficent. With the top of her head and much of the sides of her face covered, moviegoers had the privilege of spending two hours gazing at the star’s perfectly formed cheekbones.

Yes, it’s possible for men to have cheekbones to die for too. For evidence of that fact, you don’t have to look any further than Dwayne Johnson. During his time as The Rock, Johnson electrified professional wrestling fans with what he dubbed “The People’s Eyebrow”. In recent years, however, Johnson has been electrifying moviegoers and red carpet pundits with The People’s Smile. Johnson’s boyish grin is instantly recognizable, owing, in no small part, to his bicep-like cheekbones. 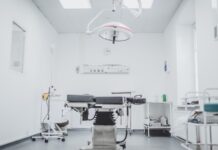 How to Help a Loved One Use Medical Marijuana

LASIK: The Future of Eye Care