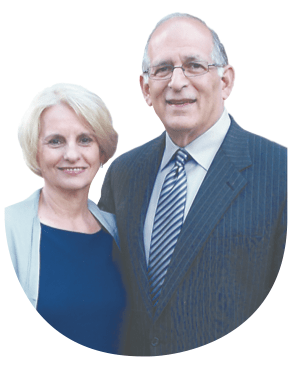 Forty years ago the only woman I could ever imagine spending the rest of my life with made my life complete. Beginning with our wedding day, I knew that no matter what life sent our way, Bernie and I would face it together.

Forty years. We experienced the end of the Vietnam War, the fall of one President and the election of the first black one. We partied like it’s 1999 actually in 1999—with one eye on the skies in nervous anticipation of what Y2K might bring. We lived to see the end of the Soviet Union and the fall of the Twin Towers. We’ve danced to Disco, two-stepped to country western, threw out our backs trying the Lambada and applauded the creativity of hip hop.

We found out who shot JR and watched a Princess die too young. We first shunned the Internet as a passing fad and eventually learned to embrace it. (Hey, why should the kids have all the fun? Have you “liked” me on Facebook yet?) Together we built a business, lived in three different states and welcomed a daughter into the world who in turn blessed us with two beautiful grandkids. Over four decades we laughed often, cried occasionally and wondered always what tomorrow might bring.

Forty years and one constant: There by my side, for richer, for poorer, in sickness and in health, has been my wife, my partner and my best friend, Bernie.

Full disclosure: Since we celebrated our 39th anniversary, I’ve been racking my brain trying to think of the perfect way to mark this four-decade milestone. And, believe me, I’ve had no shortage of suggestions from well-meaning friends and family members. “Where are you going,” they ask, quickly suggesting exotic locales or cruises to distant lands. Or they recommend commemorating this milestone with an expensive purchase of jewelry or furs. (Truth be told, Bernie and I have reached the point where we prefer to forego baubles for gutters and downspouts.)

It’s as if 40 years of an indescribable bond of body, mind and spirit forged by equal parts joy and hardship can be measured by the amount of money you throw at it. But what we have is so much more than that. (Okay, before all the ladies in the audience jump all over me because they think I’m talking my way out of buying Bernie a present, rest assured I will step up appropriately.)

But here’s my point: I doubt that any two individuals, when they pledge their lives to each other, think 30, 40 or 50 years ahead. Between the euphoria of their union becoming official and the nervous anticipation of taking their first step on life’s path together, they’re not even thinking weeks ahead. But those of us who have reached at least our silver anniversary know how fast it all really does go. Passion gives way to routine; stuff happens and before you know it, instead of lying in bed and staring longingly at the girl of your dreams, you’re sitting in the living room and diverting your gaze from the TV just long enough to glance at …

… the woman of your dreams. Still.

According to tradition, a ruby is the preferred gift to celebrate a fortieth anniversary. For some reason, when I read that, I thought of Ruby and the Romantics who had a hit song decades ago, “Our Day will Come.”

And I guess Our Day —our fortieth wedding anniversary—has come. But in some ways, when every day is a milestone of sorts if you share it with the right person, a fortieth anniversary is only more special than every other day because it officially marks staying power—no small feat today when more marriages end in divorce than not.

But with all due respect to Ruby and Company, our song was and remains the Carpenters’ “We’ve Only Just Begun.”

Forty years after the best day of my life, I still believe that Bernie and I have only just begun a journey that will last throughout eternity.

How Medical Care for Retirees Differs Around the World