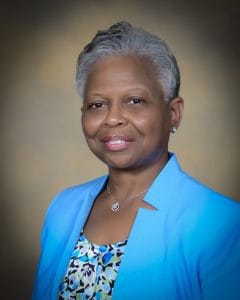 Spells-Wilson began her career in 1987 as an LPN at the Regional Medical Center in Orangeburg, SC. She served in various roles during her employment which spanned 17 years; staff nurse, charge nurse, and Project Director, with clinical practices in orthopedics, medical-surgical, rehabilitation and emergency room nursing. Spells-Wilson was also an educator within the local Associate and Bachelor nursing programs in Orangeburg, as a clinical, computer laboratory and didactic instructor.

Her career led her to Cairo, Egypt as a Healthcare Consultant with the U.S. Army, in which the team opened the International Medical Center hospital; a joint venture with the Egyptian and U.S. Army. Spells-Wilson was given the opportunity to go beyond clinical nursing; she developed the first recognized Nursing Internship Program for graduating military nurses; initiated the first-recognized International Nurses’ day in Egypt; the facility was designated as the Center of Excellence for post-training of all military officers, sub-officers, and male military nurses.

Upon returning the States, she was employed by Community Health Systems (CHS) as a Medical-Surgical/ICU Director, Chief Quality Officer/Facility Compliance Officer and Chief Nursing Officer in Cheraw, SC. She is the previous CNO of Trinity Hospital of Augusta, Augusta, Ga, in which she supervised all clinical departments including; Radiology, Respiratory, Laboratory, Bariatrics, Education, Inpatient and Outpatient Wound centers.

=Spells-Wilson earned an LPN and Associate’s degree from O-C Technical College, a Bachelor’s Degree in Nursing from South Carolina State University, as well as, a Master’s Degree in Nursing from the University of South Carolina-Columbia. She is a member of the ANA and the SC Nurses’ Association. She is married to Curtis R. Wilson, in which they have four-children; six-grandchildren; two-great-grandchildren. They enjoy golf; farm-living, old movies and world traveling.

Leo Gerard Named to Highmark Health Board of Directors