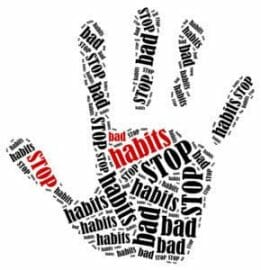 Can you identify any bad behaviors among your staff? You may have employees who are constantly coming in late, taking extra long lunch breaks, playing on their Smartphones and tablets, and even just procrastinating. If these behaviors are not identified and addressed, your employees will continue to repeat them making it even more difficult to break.

Bad habits can have an effect on your other employees as well. Like a younger sibling who mimics his or her older sibling’s bad habits, if a particular behavior is not addressed immediately, it could be repeated by other employees and gradually spread throughout the office. This makes it more difficult to eradicate especially when you have a new hire. Additionally, some habits can be especially annoying to your patients and make your office appear unprofessional, unproductive, and unfriendly.

While it’s important to rectify these bad habits immediately before they become common practice, John Groth, owner of Groth Marketing in St. Louis, MO, says that it is just as important to also praise when something good is accomplished, tell your staff about it and why that particular activity was important to accomplish a goal.

“It’s the little things that are important and shows the professionalism of the staff and the doctors,” he says. “Good habits are good business practices. They reinforce the patients’ impression that they are getting the very best of care. And isn’t this what it’s all about?”

“Accountability and expectations being clear are important,” she says. “Catching people doing something right and praising them also helps.”

Below are some examples of bad habits that may plague your medical office personnel and some recommendations on how you can help them break these bad habits for good.

People form an immediate opinion about you based on the words you use. Swearing, inappropriate words, and conversational padding are among the three worst verbal habits in today’s offices, according to Gerrit Salinas, director of Snelling Medical Staffing, in Dallas, TX.

“Saying ‘I think I can do that,’ immediately sets the person hearing your message up for failure,” says Snelling. “They are expecting you to fail. Conversational padding includes words such as ‘think,’ ‘guess,’ or any other word that makes the recipient think the speaker is uncertain and that there is room for failure.”

Casual slang can especially be a problem for new graduates, notes Snelling. The vernacular that works in college—”yup”, “y’know”, “wanna”, “I was like….”—all reflects on your professionalism and experience, or perceived lack thereof.

No matter the negative verbal habit, Margaret Ost, a business developer in New York, NY, says to be sure to state the problem, why you think it is a problem, what change you would like to see, and how you will be following up and invite comments.

“Putting everyone on the same team is a positive approach,” she says. “Also, having a meeting allows everyone to contribute and saves countless hours of email fine tuning.”

Put away the Smartphones

Multi-tasking on an iPhone or Blackberry while in a meeting or when talking to patient, is not only inconsiderate, it makes everyone in the room feel less important than whatever’s happening on your phone.

“Unless you’re expecting a particularly important email or text message, put your phone away when you’re around others,” says Snelling.

Just as important is how your leadership team is behaving in the workplace. Are you constantly distracted by your phone during meetings or when speaking with an employee?

“Modeling is important,” notes Dr. Umfer. “It all rolls downhill, so the boss needs to behave the way they want others to behave.”

Procrastination is a bad habit with repercussions much worse than the act of procrastinating. The best way to stop it is to understand why you’re doing it.

“Many people procrastinate because they’re striving for the unlikely goal of perfection,” says Snelling. “They’d be better off changing their focus and simply trying to do their best. There is no way to measure perfect, so why strive for something that you cannot measure? Our guts tell us when we do our best.”

Uncertainty is another reason some people may procrastinate. They simply feel that they don’t know how to do the task or how to get started. Snelling says that there are two ways to instantly fix that—Google it or talk to others who have done it before.

“You’d be amazed at how much advice is available online with a simple Google search,” he says. “It may not fit your situation perfectly, but it’ll at least give you a running start and a comfort level to get moving.”

Often, he adds, people procrastinate because the job is simply boring and not motivating.

“Try reframing the project to see it in the bigger picture,” says Snelling. “How does the task or the job help the office as a whole? Knowing that you’re contributing to a successful outcome often makes even the most mundane task less boring.”

With e-mail becoming a primary form of communication in many medical office settings remember that messages have to be imparted differently via e-mail than they do face-to-face.

Snelling says to keep these things in mind regarding e-mail etiquette:

“The majority of communication is nonverbal and that is stripped away with email,” says Snelling. “Tone and context can be easy to misread. If the message is important, it might be better to pick up the phone or simply have a meeting.”

And if you still need to send an email, go to extremes to soften your language and re-read for unintended aggressiveness. 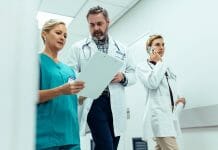 Reasons Your Employees May Not Be Engaged 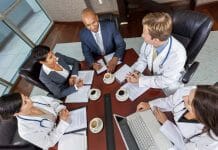 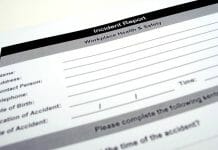 Incident Reports: Common Types and How To Report Them 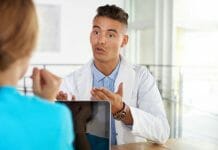 Questions Nurses Should Ask When Interviewing 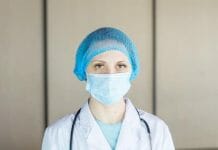