In late June 2021, ZeroAvia announced that it had obtained two twin-engine Dornier 228 airplanes with the capacity to seat 19 passengers. The hydrogen-electric aviation powertrain company, based near London and in California, acquired the new aircraft as part of its HyFlyer II program. The United Kingdom government provided financial backing to ZeroAvia to assist with the research and development phase of a project to create a powertrain operated on hydrogen fuel cells. ZeroAvia will store one plane at its hangar near London and the other in Hollister, California.

Several months ago, ZeroAvia flew a six-seat aircraft with a 250kW powertrain on three short trips. The test flights achieved one of the most important goals of the project, which was to create a cruise flight using only fuel cells. Valery Miftakhov, the CEO and founder of ZeroAvia, states that the company will bring its successes with HyFlyer I to its HyFlyer II program while learning from its mistakes.

Miftakhov went on to say that the company is eager to start testing the hydrogen-electric powertrain that it created on larger commercial airplanes. He expressed appreciation for the individuals and organizations that had invested in the company and provided it with grants. Their support means that ZeroAvia has more resources available to reach its goal of zero-net carbon emissions in the aviation industry as quickly as possible.

Val Miftakhov quoted several aviation industry studies when he noted that aviation may be responsible for up to one-quarter of carbon emissions by 2050. He assumed personal responsibility for reversing this trend when he launched ZeroAvia in 2017.

The company’s first step toward bringing aviation carbon emissions down was creating and flying the six-seat aircraft. The entire team at ZeroAvia greatly anticipates the impact of the 19-seat aircraft operated by a hydrogen-electric powertrain within the next few years.

Miftakhov set ambitious goals for ZeroAvia after that, including the development and operation of a 50-seat aircraft run on hydrogen fuel cells. He describes hydrogen as the only practical solution available to reach the goal of commercial airlines running carbon-neutral flights. He believes that this reality will extend beyond his own company and become part of the mainstream much sooner than people think.

AP Ventures has funded several hydrogen-related breakthrough technologies over the past several years, making a name for itself as a significant investor. The company recently helped fund ZeroAvia for the first time. Repeat investors that contributed to the $13 million dollar funding operation include:

The latest round of funding completes the initial investment of $24 million that the company announced in early June. ZeroAvia is now in receipt of $37 million in private investments to develop the large powertrain engine required for its 50-seat aircraft.

Kevin Eggers, a partner at AP Ventures, commented on behalf of the company that he is excited to work with ZeroAvia, as the move expands hydrogen-related technologies in AP Ventures’ portfolio.

Eggers said that he and the investment team at AP Ventures were impressed by the progress that the hydrogen-electric jet fuel company had made in just two years. He pointed out that ZeroAvia has obtained success from a commercial, operational, and technical perspective. Eggers expressed his confidence that ZeroAvia would succeed as an industry pioneer in developing hydrogen-electric powertrain engines for aviation.

Timeline for Flight of the 19-Seat Aircraft

ZeroAvia intends to have its 19-seat hydrogen-powered plane in the air by 2024. The initial goal is to fly it at least 500 nautical miles. The hydrogen-electric powertrain will replace twin engines in the existing aircraft. Hydrogen fuel tanks will hold up to 100 kg of gaseous compressed hydrogen to support the 500-mile flight.

The Company Continues to Grow

Currently, ZeroAvia has 50 employees. Miftakhov would like to increase that to 100 people over the next year for both the United Kingdom and United States locations. He has recently added several noteworthy staff members, including:

Each of these recent hires brings an impressive background in aviation, sustainability, military service, and investing to their new positions.

Val Miftakhov started ZeroAvia four years ago with the intention of electrifying planes and radically changing the aviation industry. A licensed pilot himself, Miftakhov started the company with consideration toward how it could best act as a responsible environmental steward. He proposed hydrogen-electric fuel cells, a solution that has already achieved significant success.

Aircraft operators using a zero-emission powertrain have reported a 75 percent reduction in maintenance and fuel costs. The technology also makes it possible to cut the average overall expenses associated with a flight by 50 percent. Miftakhov has already set aggressive goals on behalf of the company for 2026, 2030, 2035, and 2040. Each timeline brings the expectation of greater passenger seating capacity. The timeline also increases total nautical miles flown from 500 in the 19-seat plane in 2024 to 5,000 miles in a plane with at least 200 seats by 2040.

Farxiga Tablet – Dosages and Usages at a Glance

Why is Fedora a Favorite among Neck Beards?

Best health watches for you

Surgical Retractors for an Improved Visibility of the Injuries – Importance, Types, and Quality 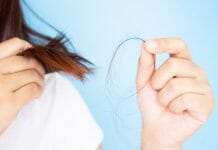 What Makes a Hair Waiver an Indispensable Hair Dressing Tool?

Ways in Which a Tub Pillow for Bath Benefits Your Relaxation