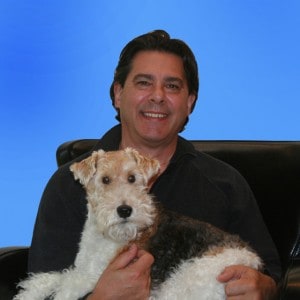 Cardiovascular disease (CVD) claims the life of one American every 37 seconds according to the American Heart Association’s 2009 Heart and Stroke Statistical Update.

CVD includes an assortment of diseases that are often used (or misused) in reference to the general term “heart disease”. Among those are Atherosclerosis (hardening of the arteries caused by Arteriosclerosis, calcium deposits, and/or Atherosclerosis fat deposits), Heart Attack (sudden death of part of the heart), Stroke (damage to part of the brain caused by lack of blood oxygen or leakage of blood outside the vessel walls), Arrhythmia (abnormal rhythm or rate of heart beat), Angina (heavy, tight squeezing pain in the chest), Hypertension (high blood pressure), Congestive Heart Failure (weak heart pumping action causing a buildup of fluid lungs and other body tissues).

There are risk factors for CVD that one can’t control. These include age, gender, and family history. Roughly 80% of the people who die of heart disease are 65 and older, but it is the leading cause of death for all Americans over the age of 35. And those with a parent with heart disease are at a higher risk of developing the disease themselves.

There are risk factors, however, that everyone can control and of which we have heard about for many years – stop smoking, eat more fruits and vegetables, eat less fat, exercise, limit alcohol. Some of these lifestyle changes may feel painful and best efforts can be sabotaged by setbacks.

One risk factor, that is linked to increase chances of Cardiovascular Diseases, and has just become more evident in the research findings, is Periodontal Disease. This information is not currently widespread due to the relative newness of the research. There has been growing evidence, although up until recently, inconclusive, that a strong link was present. Now, according to the American Academy of Periodontology, “Researchers have found that people with periodontal disease are almost twice as likely to suffer from coronary artery disease as those without periodontal disease.” (http://www.perio.org/consumer/mbc.heart.htm)

The researched explanation can get very technical and often only understandable to a professional in the medical field. However, an attempt will be made to simplify and summarize the information in order to provide an understanding of the cause and effect relationship between Periodontal Disease and Cardiovascular Disease.

Periodontal Disease is a bacterial infection of the gums. This infection causes two things to happen. One, the inflammation increases the levels of C-Reactive Protein (CRP) in the body. CRP is released by the body in response to an injury or infection. A 2002 study published by The New England Journal of Medicine concluded that increased levels of CRP are strong predictors of Cardiovascular Diseases.
Second, studies published in the Journal of Periodontology have pointed to the likelihood that bacterial infections promote plaque in arteries. Over time, arteries are hardened and narrowed leading to the increased risk of heart attack. Periodontal Disease is a chronic infection of the soft tissue around the teeth.

Periodontal Disease is one risk factor that can be managed successfully by individuals. Although oral surgical procedures may be necessary for severe cases, most treatment plans require sound oral hygiene. The American Dental Association recommends brushing teeth twice a day, flossing once a day, and professional cleanings twice a year.

Dr. Piero, a practicing dentist for over twenty five years, is the inventor of Dental Air Force® (www.dentalairforce.com). Articles published are on periodontal health related to heart disease, respiratory health, diabetes, strokes, and other systemic diseases. He is the Executive Editor for Journal of Experimental Dental Science due to be published in July 2012 and a contributing author to Hospital Infection Control: Clinical Guidelines. His is also of a soon to be published book on periodontal disease and how it impacts overall health and economics.