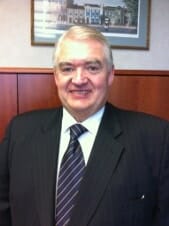 It is important to stress that many American hospitals are squeezing every nickel of inefficiency out of their budgets through the effective deployment of TPS/Lean.  I dare not name them for two reasons; first, I do not have their permission and, second, they generally do not want their phones ringing off the hook with requests for conference calls, observation visitations or both.

To set the table, here is a quote from David M. Cutler, “To reduce this waste, organizational innovation will be required. To date, however, such innovation has been very rare in health care. This paper argues that lack of information and poor incentives are the key barriers to new organizational models, and accordingly that public action to address these issues is needed. Recent reform legislation has made changes in each of these areas. Whether the legislation addresses these problems sufficiently is something that only time will tell.”  The paper title is “Where Are The Health Care Entrepreneurs? The Failure of Organizational Innovation in Health Care.”

For obvious reasons, our firm gets called primarily from the two-thirds of American hospitals that are losing money or just barely breaking even.  There is no question that the preponderance of these hospitals would do the right thing if they know how to do it and could also recognize the correct action to take in order to accomplish it.  Here are the four rate-limiting factors to getting the job done with TPS/Lean:

This issue, by far, is the biggest reason hospitals are struggling.  Our firm, helps hospitals get “out of the ditch” financially through the introduction of “fail safe” programs and services.  On the other hand, we are not evangelists and cannot change what is going on inside the heads of the management and board of directors of a hospital that is still operating like it is the 1970s or 1980s.

Think of the contrast to a Toyota executive or board member.  They have or do work on the floor of Toyota production facilities and are accountable to a well-informed Board of Directors with regard to the Toyota Production System (TPS).   Yes, Toyota has its own problems.  Last week over two million automobiles were recalled because of the gas pedal sticking to the floor mat.  Notwithstanding, every major automobile manufacturer today uses one iteration or another of TPS/Lean.  Why?  Because it works!  The typical struggling hospital executive and associated board member I communicate with could not describe TPS, given the opportunity, in 25 to 50 words.  They simply do not know how powerful the tool is.

Further, each major area of the hospital is like a separate “production facility.”  The TPS journey in the emergency room has precious little in common to apply TPS to the operating rooms, the ICU, a pediatric unit or an outpatient surgical unit and so forth and so on.  Accordingly, the successful “outcome” in a hospital setting has little in common with a standardized 6-cylinder Toyota engine.  Deploying TPS/Lean in a hospital setting is much more interesting and exciting if done properly and supported with the necessary resources and institution understanding.  What industrial leaders often miss is the added level of complexity of the hospital setting.  Board members who do use TPS/Lean in their own businesses can easily be frustrated by the added complexity of the hospital or simply deny the added complexity exists.  If you need a higher authority, Peter Drucker wrote that the American hospital is the singular most complex organization in the world.

The typical patient care provider is paid well below their value to the American hospital.  Positive feedback is the American hospital “breakfast of champions.”  A necessary component for a hospital-based TPS/Lean system is a robust recognition program.  There are an infinite number of ways to say “Thank You” for your recommendation for change.

Well, there you have it.  Under healthcare reform, you will not succeed by relying on traditional cost cutting and layoffs.  The Accountable Care Organization (ACO) will be dependent on a hospital that runs perfectly, 24 hours a day, 365 days a year.  Grab the opportunity to lead or govern your hospital in a manner that will keep it alive and a vibrant component of your community.  TPS/Lean is a major asset to deploy in that success.  Do it right – you will only get one chance.