Who’s Responsible for America’s Opioid Epidemic: A Message from the Frontlines 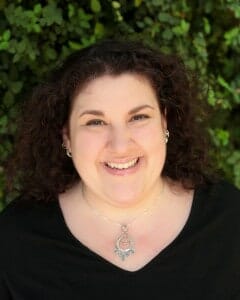 It is no overstatement to suggest that prescription painkiller and heroin abuse is killing too many people we care for. According to the Centers for Disease Control and Prevention, 44 people die in the US each day from prescription painkiller overdose. Countless others become addicted. The death rate has been rapidly increasing since the turn of the century. Why? There has been a great deal of finger pointing. Some blame doctors for overprescribing. Overprescribing potent medications was part of the problem initially. Physicians don’t want to see their patients suffer. If pain is treatable, why not bring patients relief?

Not really. The truth is physicians in America don’t receive adequate training to recognize or treat addiction. It isn’t a condition most doctors want to deal with. Outside of drug seeking and illnesses associated with long-term substance abuse, most physicians will have only peripheral experience with addicts. Yet, there is a disconnect here, because while few physicians are trained to recognize addiction, let alone intervene, the public views doctors as experts in all things medical. When a physician prescribes a medication, the patient’s expectation is that the physician is aware of all the potential negative outcomes associated with that drug. Though unfair to both the doctor and patient, lack of education and incorrect public perception are part of the problem feeding this national epidemic.

To assist patients, physicians must do a better job of integrating addiction education into primary medicine. This means that doctors require an immediate upgrade in training in this area. There is good medical information on addiction available. Researchers’ understanding of addiction is growing. For example, researchers now recognize addiction not as the genetic disorder once imagined, but as a multifaceted neurobiological complex in which behavior changes the structure and function of the brain. Education and treatment must recognize this complexity and focus on intensive psychotherapy to get at the root causes of why the person abused substances in the first place; address co-occurring psychiatric disorders that complicate recovery; and offer a whole host of complementary therapies that serve to wire the brain in healthier ways.

In days past, physicians were often content to diagnose addiction, generally alcoholism, and send the patient off to Alcoholics Anonymous or a short term residential, 12-step based treatment program and be done with it. If the patient did not respond, s/he could be deemed as weak-willed, non-compliant, or uncommitted to the change process and written off as one who could not be helped. With a deeper understanding of how addiction changes the brain, physicians will develop, if not greater compassion, at least a deeper understanding of the compulsive behavior of the addict.

Prescription medication addiction, particularly opioid dependence, is acutely troubling to treat. Unlike alcoholism, which can plague an individual for decades before s/he ultimately succumbs, prescription painkillers bring people to their knees quickly. Many overdose and die before they have any real recognition of a problem. Opioid abuse is no different in Western Pennsylvania than in Southern California. The progression is from pills to heroin and death comes from combining drugs. Patients need better education about prescription medications and combining substances, prescribed and other. They need to be taught that just because a medication is prescribed, does not mean that it is entirely safe, especially when combined with other substances or taken other than as prescribed.

There is good training available to doctors who want to learn more about addiction and addiction treatment. The most up-to-date science is not proprietary, but given away freely so those who are in a position to help curb this national epidemic can join in the fight. Educate yourself to help save the lives addiction in all its forms is stealing from us. If this epidemic is to be stopped, physicians and addiction treatment professionals must become stronger allies.