Post-traumatic stress disorder or PTSD affects nearly 8 million people here in the United States. What’s unfortunate is that about eight percent of the population will develop it over the course of several years. This guide will go over the types of PTSD that exist, the signs that you need to look out for and the treatment programs that are available here in the United States.

The Absolute Awakenings official website will have additional information regarding PTSD and how to deal with it. Let’s get straight to this guide so you have a better understanding of the disorder and what to do going forward.

What is Post-traumatic Stress Disorder (PTSD)?

Post-traumatic stress disorder occurs when someone has experienced an event that is considered traumatic. Specifically, these events include but are not limited to acts of war or combat, terrorism, rape, natural disasters, and serious accidents resulting in serious injury or death. Over the years, there have been ‘slang terms’ that have been adopted for PTSD (particularly by the military).

These names are known as ‘shell shock’ or ‘combat fatigue’. However, PTSD doesn’t affect just military members. You can experience it even if you have never served or seen any kind of military combat.

What are the common signs of PTSD?

There are a wide variety of signs and symptoms that are tied to PTSD. Let’s take a look at the following so you can properly identify them:

One of the most common signs is intrusive memories. Especially the memories linked to the traumatic event that created PTSD in the first place. These memories are often recurring and are unwanted.

They can also appear in dreams or nightmares while you are sleeping. You may come across occurrences in your life that may cause emotional distress or trigger physical reactions should they be a reminder of the event itself.

A person with PTSD will often avoid people or places that may remind them of the traumatic event. Plus, they may also refuse to take part in activities that will trigger reminders as well. The avoidance will also include trying not to think or even talking about the traumatic event.

However, avoidance should not be the answer. In order to treat your PTSD, talk therapy is one of the main pillars in making your treatment plan a success. Talking about the traumatic event with a trusted professional will happen sooner or later.

These symptoms include but are not limited to difficulty sleeping or concentrating. Also included is the feeling of ‘guarding yourself’ at all times. You may also experience outbursts of anger or even experience aggressive behavior.

You’ll also have feelings of shame and guilt that will get to the point of overwhelming you. You may be easily frightened or startled. If a child has PTSD, they may have nightmares that could include parts of the traumatic event.

They may even re-enact the event itself via playing with friends or family members. Yes, even children can deal with PTSD and will express certain symptoms in the most subtle ways.

As is the case with most mental disorders, negative thinking patterns and moods will occur with PTSD. You may have negative thoughts about yourself, other people, and the world around you. You may also have an issue maintaining relationships with friends or family.

Detachment issues can also occur as well. You may also have a lack of interest in doing things, especially activities you normally enjoy doing. These are just a sample of some of the symptoms and signs that can occur specifically with negative thoughts and moods.

What are the types of PTSD (including treatments)?

There are three types of PTSD to be aware of. Here’s what they are:

This type will be associated with a single traumatic event. Of the three types, it’s easiest to treat. The signs of this kind of PTSD include but are not limited to flashbacks, nightmares, avoidance of reminders, mood changes, irritability, and difficulty maintaining relationships among others.

Those with uncomplicated PTSD can be able to treat this with therapy and medication. A combined treatment is possible, but you can treat it based on therapy alone if possible. A medication only treatment can be done if talk therapy is something you choose not to do.

Unlike its uncomplicated version, complex PTSD is caused by multiple traumatic events. This is often occurring in victims of abuse (whether it’s domestic violence, sexual abuse, child abuse, etc.). It also has occurred in the military, especially in combat veterans who have been exposed to situations where combat has occurred and they have witnessed a loss of life or serious injury.

Complex PTSD will be a bit more difficult to treat compared to uncomplicated PTSD. The symptoms will be more intense. The likelihood of developing other mental disorders is possible.

Treatment will include a combination of therapy and medication.

This is better known as co-occurring disorder. This happens when PTSD and substance abuse or addiction occurs at the same time. The mental disorder will more or less exist prior to the addiction itself.

Regardless, a treatment plan for both substance abuse and PTSD will be created and must be followed strictly to treat both issues. Those suffering from PTSD will turn to drugs or alcohol as a way to ‘self-medicate’. However, this will do more harm than good.

PTSD is a mental disorder that affects many people. It can be treatable for most. However, it can get intensive depending on the type of PTSD they are dealing with.

If you or someone you know is dealing with PTSD, know that you are not alone. It is important to get an assessment done to see if you are indeed dealing with the disorder. You may be experiencing symptoms (even more recently).

The sooner you are diagnosed and begin a treatment plan, the better. Treat your PTSD so you can be able to continue living your life uninterrupted. 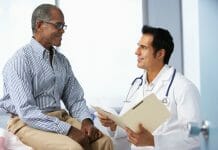 What You Should Know About Male Genital Skin Conditions

Physical Therapy and Physiotherapists in Abbotsford BC 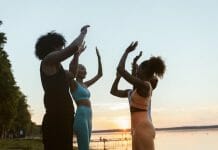 Hydration on the Go: How to Stay Hydrated While Traveling