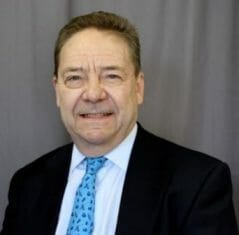 Another way of reading “population health” is that it means making people healthier on average. This is supported by the fact that proponents of population health frequently cite the statistic that 10% of the people on Medicare use 70% of its resources. Do people who cite this statistic expect more than 10% of the Medicare population to be critically ill at a given time? Would it better if more Medicare beneficiaries were critically ill so that 30% of the people on Medicare used 70% of the resources?

The medical home is supposed to keep you from seeking expensive second opinions and care options by “coordinating” your care. Who needs the Cyber Knife if a plain old knife works almost as well? But how is the medical home, which is usually a physician practice, to find time to do all of this “coordinating”? The plan is to have nonphysicians deliver more of the services. Now the problem is that nonphysicians, for all of their merits, are not physicians. They have a lower level of training, which someone — presumably a nonphysician — deems to be enough. This, of course, is the Euro model that everyone says we are not emulating.

Maybe the payoff comes in the term “population health management.” This seems to be what we used to call “public health.” The idea is to get people to abandon unhealthy lifestyles and seek medical attention before they end up in the emergency room. This is to be accomplished by giving people more face time with medical professionals who will coax them into better conduct. Public health is obviously commendable, but it is unclear whether people will spend more time being obediently instructed by nurses or PAs.

One of the reasons people avoid interacting with the healthcare system until they end up in an emergency room is that the modern medical experience diminishes our individuality. When we speak of population health, as opposed to individual health, we further dehumanize the healthcare process.

Folks are so invested in population health and its related nomenclature, such as “Accountable Care Organization,” that it will be hard to get disinterested data on whether population health delivers benefits. If the outcomes are not good, this will not only signal medical failure; it will signal the failure of healthcare reform.

So who is going to collect data showing a higher error rate in diagnosis if more of it is handled by nurses and PAs? Who wants to find out if there are more deaths when healthcare professionals are rewarded for steering patients away from ERs? Perhaps we would accomplish more if we called our efforts to improve healthcare “people-focused healthcare.” If we improve the health of people, the population will take care of itself.

Mark Pastin PhD (www.markpastin.com) is President of the Health Ethics Trust, an educational, training, and advisory organization for healthcare organizations and professionals, and author of Make an Ethical Difference (Berrett-Koehler, November 2013), in which he advocates an innovative ethics-based approach to healthcare reform.