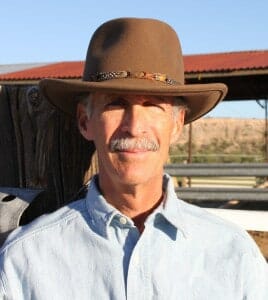 Breast cancer affects one in eight women in their lifetime. Risk factors such as having a family history of breast cancer or particular genetic variants are often the focal point of discussion.  Yet, many of these associations are beyond the control of any woman and most breast cancers occur in women who don’t have any specifically identifiable risk factors. The fact remains that the actual cause of breast cancer is still unknown despite nearly two centuries of study.

Over that time, many potential explanations have been researched. For example, late in the 19th century, a microbial origin was considered and there was an active search for what was termed ‘the parasite of cancer’. Certain strains of bacteria were briefly postulated as a cause. However, that belief fell into disfavor by the early 20th century.

Two longstanding bedrock assumptions have underscored all modern attempts to find a cause.

The first has been the almost universal belief that nearly all cancers are due to isolated genetic mutations that spontaneously occur in certain individuals. It has been assumed that breast cancers begin in single cells as isolated genetic mutations that occur more frequently in some individuals than others based on risk factors that may included diet, age or certain genetic variants that are known to run in families. The second concurrent presumption was that that all tissues in the body are sterile in the normal individual, and naturally, this includes breast tissue.

Much more recently, there has also been a significant change in the other prior base assumption. New research has radically changed our understanding of the cellular makeup of our bodies. Surprisingly, microbes inhabiting the human body outnumber human cells by a factor of 10:1. This microbial life is part of an essential collaboration with our own cells that deeply influences human health and disease. Many of these microbial partnerships have been linked to diseases as varied as obesity, diabetes, colitis, and depression.

These new findings are beginning to significantly impact our understanding of breast cancer. Several potential links between our microbiome and breast cancer have been uncovered. Some researchers believe that there might be a link between gut bacteria and the incidence of breast cancer, possibly as a a modulator or trigger of that process. It was a surprise to find  that both cancerous breasts and healthy ones have abundant microbial populations. Breast tissue is not sterile and seems to have its own microbiome. For example, it has been shown that tissue from cancerous breasts has fewer bacteria and less varied bacterial strains than their healthy counterparts. Some breast cancers harbor bacterial pathogens that have previously been identified in individuals with suppressed immune systems. This difference in bacterial populations between diseased and healthy breast tissue is termed ‘dysbiosis’. There is some research that links this process to a greater chance of breast cancer possibly by triggering cellular mutations induced by localized inflammatory changes. Such distortions of normal microbial populations are now recognized as an under appreciated cause of cancer development and its progression. Gut dysbiosis, chronic colitis and colon cancer are now similarly linked and it is hoped that this connection might lead to new tools for early diagnosis or therapeutic options.

Another surprising development also reaches back into the past. There is renewed interest in the hypothesis first proposed several decades ago that antibiotic use is related to the incidence of breast cancer. Some recent research studies have linked the use of antibiotics with an increased risk. Those woman who chronically use antibiotics seem to be at elevated risk. The exact reasons are not well understood and some of the data is conflicting.  However, it is known that the use of antibiotics changes the intestinal microflora and influences the production of estrogen, various metabolic products, and some inflammatory compounds or toxins that might relate to breast cancer. Although the causal relationship is not clear, these finding reinforce the need for prudent long-term use of antibiotics.

With all these discoveries, there is good news. We live in an era of unprecedented scientific progress. In that process, we are finding that some old ideas are again new. Yet, some findings are now certain.

Many cancers are due to pathogens.  No body tissue is necessarily sterile. Breast cancer, among many other diseases, must now be reconsidered in light of these new realities in the on going search for improved diagnostic alternatives and treatments.

So then, what should a woman do?

So adhere to this advice from the past, no matter your genetic or family risk of cancer. If you do that, then you have liberated yourself from unnecessary fear by doing everything that you can to better your own odds.

Dr. Bill Miller has been a physician in academic and private practice for over 30 years. He is the author of The Microcosm Within: Evolution and Extinction in the Hologenome. He currently serves as a scientific advisor to OmniBiome Therapeutics, a pioneering company in discovering and developing solutions to problems in human fertility and health through management of the human microbiome. For more information, www.themicrocosmwithin.com.