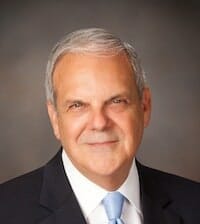 It’s easy to be a remote dashboard video driver at a NASCAR race when someone else is assuming all of the pressure and risks behind the wheel.  Oftentimes that’s what my job feels like.  From my perspective I can observe the healthcare world and not personally be directly impacted by the fallout that others face on a daily basis.  The good news for both of us, however, is that this neutral and objective viewpoint gives me valuable knowledge that is both significant and in many cases critical to those of you who are still doing the driving.

For example:  Last week I heard about a hospital that had chosen to drop a clinical program that has been part of their service menu for years.  The incredibly interesting aspect of this decision to lay off several highly skilled individuals was that over a year ago the Affordable Care Act had changed the reimbursement for this program in a manner that produces exponentially better financial benefits to the organization.  Consequently, that decision would appear to be an uninformed or at least a minimally informed decision;  a potentially lucrative program is being eliminated while other health systems are currently initiating that very same program due to its value proposition in wellness, prevention and economic benefit.

Even the least informed of us in the field have determined that the only way to survive the onslaught of change that the industry is now facing is through a serious and concentrated effort in dealing with population health.  Along with a half dozen other initiatives that include supply chain, attention to hospital acquired infections, quality, readmission rates and transparency;  population health is a critical pathway to address the balancing of the teeter totter of healthcare finance so that we don’t end up bankrupting this country.

With 45% of the newly insured falling into the Medicaid ranks and somewhere between 7000 and 10,000 Baby Boomers moving onto the Medicare ranks on a daily basis, our hospitals will be inundated with medical vs. surgical cases that would have, could have or should have either been prevented or at least ameliorated to some degree through public health efforts, education, and outreach.

For example, one medical issue that we don’t regularly hear about in the nonmedical-civilian world is the epidemic of inflammatory disease that is impacting our country.   Unless or until we move into our at-risk populations and address the urban food deserts, analyze the human impact created by the paragraphs of chemical additives to even our most basic foods, and deal with the endless consumption of sugar and salt in our manufactured diets;  heart disease, cancer, and dozens of other inflammatory related afflictions will fill the hospital beds and lead to the $2,000,000 work-ups that take us down one diagnostic rabbit hole after another and into Detroit City-type deficits.

Coupons for fruits and vegetables, green pathways for walking, bike paths, other forms of diet, exercise, stress management and socializing activities, and integrative medicine education would have a significant impact on the general health of our population.  So too would anti-bullying campaigns, anger management programs, and job creation.  Obviously, healthcare can’t be the panacea for all 316,000,000 or so people in this country, but, by immersing ourselves into areas of population health we will contribute significantly to our collective future.

The old adage of “common sense being uncommon” hits heavily on this topic because we all know that even Superman had his vulnerabilities.  Our kryptonite has become our addiction to all of those things that common sense would tell us are absolutely not logical in terms of lifestyle, consumption, work-schedules, video-addictions, nutrition starved diets, sodium and sugar consumption.  Oh, and while we’re at it, let’s find a corner of a couch and plant ourselves firmly into that spot for eight or so hours at a time.

We must embrace ways to reach our populations and care about them before we end up spending every healthcare dollar ineffectively caring for them while never addressing the root cause of their problems.

Why Strategic Planning is a Must for Practices

Outpatient Joint Replacement Surgery: Is it Right for You?

Five TIPS for Integrating Vascular Into a Cardiac Continuum