Home Should the US Take a Cue from Portugal on How to Win the War on Drugs?

Should the US Take a Cue from Portugal on How to Win the War on Drugs?

The United States of America and Portugal both undertook a war on drugs in their respective nations a good few decades ago, but their approach towards eliminating the evil of substance abuse couldn’t have been further apart. As America went down hard on the drug trade with all guns blazing, Portugal dealt with their drug problem by treating it as a social health hazard rather than a serious crime. Years later, Portugal has the number of heroin users down to just 25,000 from about 100,000 users back in 2001. In the US however, the “War on Drugs” has not worked out too well as nearly 70,000 US citizens are still dying from drug overdoses every year. So, is there something that America can learn from Portugal’s strategy towards tackling drug problems? Let’s take a closer look at what the European country did differently to find out. 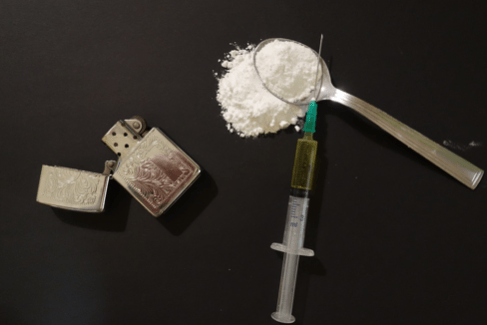 Back in 2001, Portugal took a very controversial yet gutsy decision of decriminalizing the use of drugs. This didn’t only concern mild psychoactives like marijuana but even potentially lethal and extremely addictive substances like cocaine and heroin as well. At the same time, they launched a huge, nationwide public health campaign against the use of drugs, which basically turned the previously criminal offence of owning and using drugs to one of a social health problem.

Throughout Portugal’s most drug infested streets, one will find the government funded mobile vans. These have the sole purpose of supplying opioid addicts with a substance known as methadone, which acts as an opioid substitute. They are also tasked with helping them find and hold jobs among other things. The mobile vans are a symbolic part of the Portuguese government’s continuing efforts in dealing with local drug problems.

The public health workers associated with the program supply the drug addicts with clean needles, antibiotics, and other necessary medicines to stop the spread of blood-transmitted diseases and make sure that the ones who can’t quit at least stay as healthy as possible. It is an approach which would feel very strange to the dwellers of just about any other country in the world. The Portuguese government is not only trying to make people quit drugs; it’s also trying to make sure that the people who can’t quit are at least capable of leading a decent life.

One needs to understand that decriminalization of drug use doesn’t mean that selling drugs is legal in Portugal. Drug dealers and huge traffickers go to jail when caught just as they do in any other country, but it’s the victims who don’t. If you are caught with small amounts of drugs for personal use, it will not be treated as a criminal offence but an administrative offence. As part of the “punishment” for buying and/or using drugs, the person will need to go to a hearing held by the Dissuasion Commission, where counselors, therapists, and other experts on the matter will try to dissuade the user from becoming a regular addict.

There are various other aspects of the Portuguese drug policy and intricate details about it which delegates from all over the world are trying to incorporate in their own country’s anti-drug policies, but the ones mentioned here serve well to highlight how it differs from what most of us are used to seeing. In order to beat your drug addiction here in the US, you will have to rely on drug rehabs, and while they do work very well, not everybody can afford them.

The policy in Portugal, on the other hand, has made recovery from drugs a much more approachable concept; something that even the poorest of the citizens can look towards with hope.