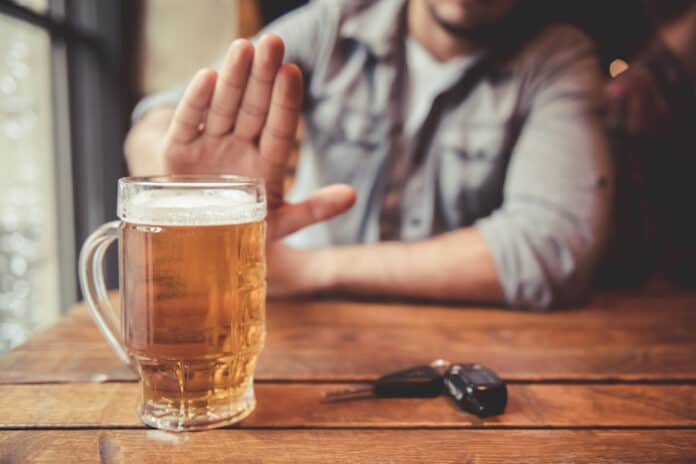 Moderate alcohol consumption is associated with various health benefits. For example, it can lower your risk of diabetes and heart disease.

Drinking too much, however, can have opposite effects—that is, it can do more harm than good. For one thing, it can harm the liver. In some cases, it can even lead to jaundice, hepatitis, or cirrhosis.

Given that, it’s not surprising to know that some people aren’t fans of alcohol.

Thinking of quitting? Looking for some reasons not to drink alcohol? If so, you’re on the right page.

We’ll be going over several of them below. Find out what they are by reading the rest of the post!

Alcohol is a colorless liquid that’s present in wine, beer, and liquor. Despite what it’s called, its main ingredient is actually “ethanol.”

A psychoactive drug, it can have powerful effects on your mental state and mood. In fact, it’s one of the most commonly abused substances in the U.S.

The good news is that recovery is possible—you just have to be proactive about it.

9 Reasons Not to Drink Alcohol

Drinking too much alcohol can harm your health. In fact, it’s associated with nearly 90,000 deaths each year in the United States.

To learn more, here are a few diseases caused by alcohol.

Your liver is responsible for detoxifying alcohol. Too much of it, however, can affect the organ.

For example, heavy drinking can lead to fatty liver. Put it simply, it’s when fat builds up in the liver. Other complications include hepatitis and cirrhosis, the latter of which can significantly damage the organ.

Pancreatitis refers to inflammation of the pancreas. As it is, those who misuse alcohol tend to develop this condition.

Ultimately, this has to do with the premature activation of pancreatic enzymes. This causes the pancreas to digest itself, which results in inflammation and irritation.

Over time, this can significantly affect the organ, leading to permanent damage. Left untreated, it can cause nutrient malabsorption or even diabetes.

Alcohol consumption is a risk factor for certain types of cancer. More specifically, it can increase your risk of stomach, liver, mouth, colon, and breast cancer.

It doesn’t just apply to heavy drinking either. Studies have shown that even one drink a day can lead to a 20% increase in mouth and throat cancer.

The bottom line is—the more alcohol you drink, the higher your risk will be. For example, your risk of mouth and throat cancer will increase fivefold if you consume more than four drinks a day.

Alcohol is a central nervous system depressant. Given that, it’s not surprising to know that it can have various effects on the brain.

Chronic drinking can also speed up the brain’s normal aging process. In some cases, it can even result in early dementia, a syndrome in which an individual’s memory, language, and problem-solving skills deteriorate.

Chronic drinking can significantly affect bone health, especially if it’s during adolescence and young adulthood. More specifically, it can interfere with vitamin D and calcium production, both of which can cause a loss of bone mass.

As a result, the risk of developing osteoporosis will be higher. This, in return, will increase the risk of fractures, such as those of the hip or vertebra.

Heavy alcohol consumption can trigger the release of certain hormones, which increases blood pressure. Over time, this can take a toll on the heart.

Considering that, it’s not surprising to know that heavy drinking can cause cardiovascular complications such as angina or heart failure.

Not only that, but binge drinking can also increase your risk of stroke. Ultimately, this has to do with the increase in platelet activation and fluctuation in blood pressure.

Chronic alcohol consumption can weaken the immune system. In other words, you’d be more susceptible to infections.

Why? Alcohol suppresses the production of white blood cells. As such, the body won’t be able to ward off infectious diseases such as pneumonia and tuberculosis.

Not only that, but it can trigger inflammation in the gut, which kills off healthy bacteria that are necessary for health.

Alcohol contains a lot of calories. Take beer, for example, it has a similar number of calories as soft drinks. As for red wine? It has twice the amount.

Considering that, it’s not surprising to know that chronic drinking can lead to obesity. According to one study, those who drink more than seven times a week are at a higher risk of being overweight or obese.

Alcohol dependence aka alcoholism is a condition in which an individual becomes addicted to drinking alcohol. That is, they’d have trouble controlling their drinking even if it’s causing problems.

Not only would it put their health at risk, but it can also cause issues in their daily life. For instance, it can lead to relationship problems or legal problems. On top of that, it can affect your performance at school or work.

Saying No to Alcohol

And there you have it—9 reasons not to drink alcohol. As you can see, drinking isn’t just fun and games; it can significantly impact your health. Given that, it might be a good idea to think twice before heading to the liquor store!

For more health-related posts, check out the rest of our website!

Should Men Take Multivitamins? Everything You Need to Know