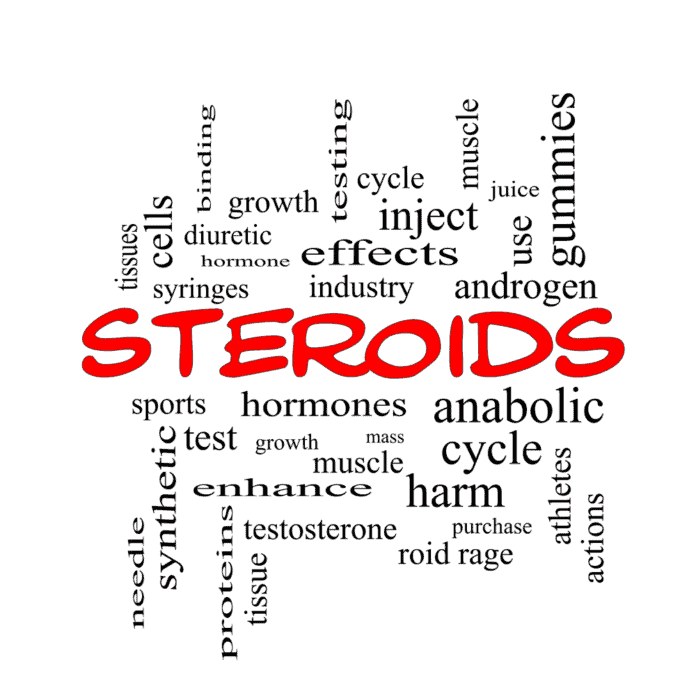 The world of sports and competition is a demanding one, to say the least. For the men and women who make it in this field all the way to the professional level, it typically signifies an entire lifetime of work and commitment. In fact, getting to the level of playing a sport professionally is in and of itself an impressive lifetime achievement that few athletes actually get to experience. Once you are in the professional tier of your athletic field, the real work begins.

At this level, men and women go up against only the best of the best and the competition becomes more intense than their career has ever been. For some athletes, the drive to do their personal best and see their talent, skill, and hard work pay off is their driving motivator. These determined men and women work hard every day, and structure their lives around their athletic goals. However, within this intense tier of professionals, there is a determination to see success at any cost – even that of integrity.

For these athletes, the challenge of intense competition may push them to consider or abuse steroids in order to gain an unfair advantage over their competition. Once an athlete goes down this road, it can be hard for them to return. Not only can this kind of steroid abuse lead to even darker addictions like painkillers, but it can hamper their performance overall and threaten to end their careers prematurely.

A Famous Example of Steroid Abuse

Possibly the most well-known case of steroid and painkiller abuse in professional sports is that of Tony Mandarich. Known as one of the biggest NFL draft busts in history, Tony Mandarich had the potential for a career that should have landed him in the football hall of fame. In fact, in 1989 he was part of a historic NFL draft. Second, in the top five, the other four players that shared this privilege all went on to find their names in the football hall of fame.

Despite an incredible 6’5”, 300+ frame, incredible skill, talent, and drive, his steroid and painkiller addiction came between him and true greatness. In 1993 his older brother John succumbed to a battle with skin cancer and passed away, which acted as a pivotal moment for Tony. John had been one of his main inspirations in sports and had also influenced him toward steroid abuse. When Tony’s brother passed, it caused Tony to rethink his life and he shortly after checked himself into rehab.

Even though Tony has been successfully sober for 27 years, his career stands as a stark example of the seriousness of drug and steroid abuse in the sports industry. Working full-time as a successful photographer, he has written a book and travels and speaks on the subjects of drug abuse in sports. An inspiration to any athlete who feels this pull, he has taken a very public stance post-NFL as an advocate for athletes. While Tony Mandarich is an example of personal redemption, his NFL career will forever be viewed as one of the biggest busts of all time.

Why Do Professional Athletes Abuse Steriods?

When it comes to why professional athletes abuse anabolic steroids, the reasons can vary greatly from person to person. Maybe it’s a personal ambition to win at any cost that is very misguided, or perhaps they are succumbing to pressure from coaches, peers, or even family. On a professional level, the level of competition is at it’s ultimate highest. These athletes are constantly going up against the best of the best, and in some cases can feel desperate enough to do anything to succeed.

The unfortunate truth is the motivation to abuse anabolic steroids is for athletic progress, but the side effects of this choice can be detrimental to an athlete’s health and performance overall. Abusing steroids oftentimes involves what is known as ‘stacking’. This is when a person doesn’t only inject or take anabolic steroids but also uses stimulants or painkillers at the same time. Stacking can cause deep addiction and can ruin an athlete’s life.

Another thing that abuse of anabolic steroids can do is harm an athlete’s health. This kind of unnatural exposure to steroids can cause problems with athletes’ sexual and hormonal functions. It can also be responsible for unnatural hair growth or hair recession. Steroids have also been shown to have very negative effects on an athlete’s blood pressure and cardiovascular system.

The desire to win can be intoxicating and it can lead athletes to make unfortunate decisions with lifelong consequences. Tony Mandarich is an example of how a potentially great NFL career was reduced due to steroids and painkillers; however, Tony also shows that even for athletes that go down this road, all is not lost and there is still hope for personal recovery and redemption.

Dealing With the Loss of a Loved One: From Funeral Arrangements To Healing

The Health Benefits of Air Purifiers