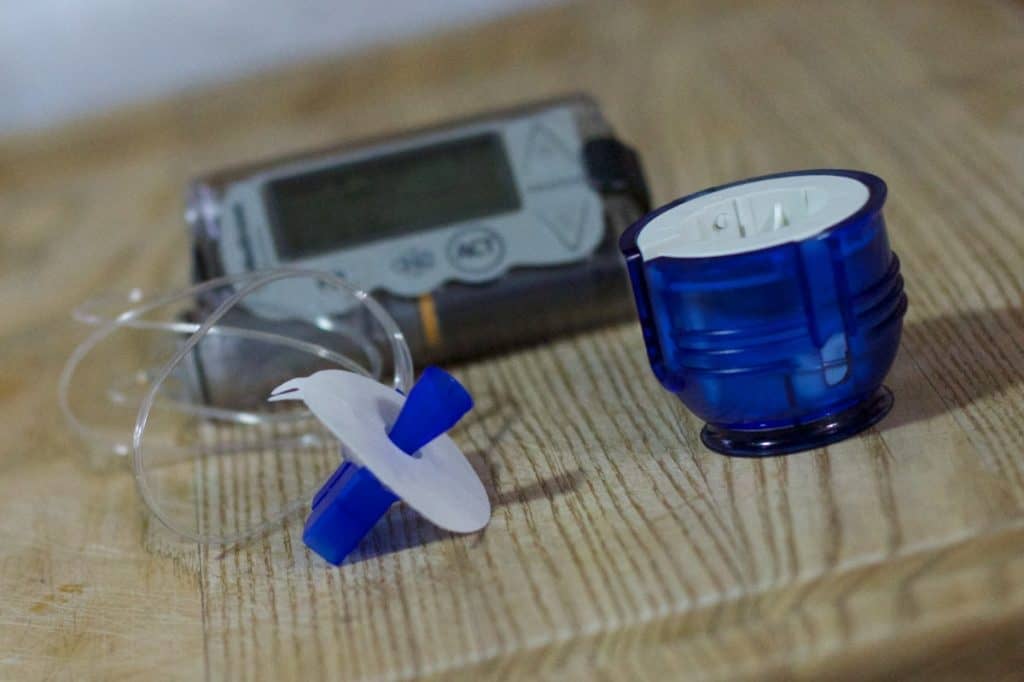 The discomfort, fatigue, and pain of type one diabetes has led patients and tech enthusiasts to move beyond the state of regulators, manufacturers, and what is available the market. While patients complain that regulators have been slow to approve the necessary closed loop technology that will help them managed type one, they have begun creating their own technologies and hacking into devices to create their own closed loop systems. Now there is a debate about safety, effectiveness, and affordability swirling around on the message boards where the so-called We Are Not Waiting Movement was first incepted.

What’s Available on the Market?

Currently there are no closed loop insulin pump systems available on the market. The only device that comes close is the Medtronic MiniMed 670G, a hybrid system that communicates glucose levels to the insulin pump with an algorithm, but uses very conservative determinations of insulin doses and does not allow the user to customize settings for their target glucose levels.

Users complain that there are too many alerts. This is because the hybrid system does not pre-emptively prevent rises and falls in glucose levels, they are adjusted after the blood sugar has already fallen or risen. The caution comes from not wanting to accidentally dose too much or too little insulin and be liable to the consumer. The hybrid glucose monitor and insulin pump puts safety first, with the regulators in mind.

Only available in the United States, the Food and Drug Administration (FDA) approved the hybrid system in 2016, and there still hasn’t been another device to get through regulators. Basic economics are applied, and since they dominate the market, the price is high. It sells at $7,250, though some insurance plans cover it. After two years, the Medtronic 670G will be available in Europe for the first time at the end of 2018.

The hybrid system is easy to use, but require a few training sessions. In addition, the user has to keep the device in manual mode for a week so the device can configure properly. The safety of the Medtronic device is not debated, but its shortcomings certainly are.

Tired of waiting for a viable, affordable alternative, the do-it-yourself mindset of the We Are Not Waiting Movement has created open source platforms for patients with type one diabetes to build their own devices to create a perfectly closed loop system that is fully automated.

Connecting cheaper and effective technology, users can create a closed loop system that works for their needs at a fraction of the price. Using a glucose sensor, an insulin pump, and a computer or phone application, the patient can combine these technologies into something totally new.

Although the app from iPhone, Android, and other devices is usually free, the hardware can cost a small price. The RileyLink, iPhone’s Loop app software, communicates the information from the glucose monitor to the insulin pump with Bluetooth. Similarly, Android uses the same technology while OpenAPS uses a small computer to communicate the information.

All of the information to build, set up, and use these technologies is available online through open source platforms. Anyone can build a device, and that is what makes doctors and other medical professionals nervous about these do-it-yourself devices. If you don’t have the necessary technology skills, you may run into problems you don’t know how to solve, or you may set up the device incorrectly. As diabetes patients know very well, too much or too little insulin can lead to dangerous results.

This is why it is recommended that type one patients consult medical professionals when deciding to build and use their own devices. Doctors should ask their patients about their skills with technology, and ensure that the patient knows exactly how the algorithm in their device works. Furthermore, patients must know that if they use new code they found on the internet to automate their device, they need to reconfigure the system completely.

As a medical malpractice law firm that works with the victims of diabetes mismanagement explains, these devices have not examined by safety regulators and therefore the patient must talk to their doctor about the automation and their technology skills, so the doctor can help the patient determine what the best move is for them.

With the regulators, manufacturers, and distributors lagging behind the ingenuity of the people with technological abilities, the choice to settle for the expensive hybrid system that applies rough averages or build a device that is cheaper, more accurate, but holds considerable risks, is up to the patient and their doctors.

Tips for Nurses Who Are Transitioning from Hospitals to Home Care

What Do Dental Tourists Need To Know About Dental Implantation in Mexico?