The surgical industry continues to make groundbreaking technological advances and become increasingly accessible to the average citizen. As a result, plastic surgery and other cosmetic procedures have become a popular outlet for dealing with physical imperfections and reversing the signs of aging. If you’re interested in pursuing cosmetic surgery, educating yourself on the basics of the industry’s most popular procedures is step one toward achieving your beauty goals.

Rhinoplasty, more commonly known as a “nose job,” involves alterations to the size or shape of the nose. A nose job can improve airflow for patients with deviated septums or other medical issues, straighten the bridges of noses with hooks due to injury or natural composition, or adjust the width of the nose to make it more proportional to the rest of the face.

Patients seeking eyelid surgery have a number of options that, as with rhinoplasty, range from medical to cosmetic. Drooping upper eyelids can be lifted to open the eye and improve the patient’s visibility, while lower eyelids may be treated for wrinkles or “bags.” In addition to their medical advantages, these procedures also contribute to a more youthful appearance.

Another common procedure for aging patients is a facelift. As the name suggests, rhytidectomy involves lifting the skin on the face to reduce the appearance of fine lines and wrinkles. Facelifts address sagging skin as well, making laugh lines and double-chins a thing of the past.

While older patients have traditionally been the target audience of facelift surgery, less invasive forms of the procedure, such as the “mini facelift,” have attracted younger patients looking to get ahead of the aging process rather than retroactively treat it.

Though frequently completed at the same time as a facelift or eyelid surgery, the forehead or brow lift is a separate procedure that focuses on smoothing out imperfections from the hairline to the brow bone. For those with a prominent brow or creases between the eyes, a forehead or brow lift may be more suitable than a full facelift.

One of the most popular procedures in the surgical industry is breast augmentation or breast enlargement. Many women turn to breast implants to enhance their chest size, but others seek to even out breasts with noticeably different sizes.

Breast augmentations have become increasingly popular amongst breast cancer survivors, as they must often undergo mastectomies or other changes to natural breast tissue. It is also popular amongst nonbinary or trans patients undergoing medical transition.

On the other end of the spectrum lies breast reduction surgery. As with breast augmentation, reduction is often a result of medical issues such as back pain. Disproportionately large breasts can lead to unnecessary strain on the neck and upper back, and reduction can help restore poor posture brought about by yielding to this strain.

Because of its physical impacts, breast reduction surgery is one of the few cosmetic procedures that insurance companies will cover; however, this is not a guarantee, and you should talk to your doctors and insurance providers before assuming your procedure will be covered.

A breast lift may accompany a breast augmentation or reduction, or it can be performed as a separate procedure. The lift restores breasts to their original positions, reversing the effects of gravity and time. In addition to treating sagging breasts, breast lifts are common amongst those who have experienced extreme weight loss and, as a result, have bell-shaped breasts or excessive skin that gives boobs a flat, empty appearance.

Breast surgery is no longer limited to women. Men with gynecomastia, or excessive breast tissue, often turn to surgical intervention to flatten the chest. The condition is less well known than other breast concerns, but remains one of the most popular cosmetic surgeries due to its ease and overall success.

Sometimes, gynecomastia is the result of frequent and sustained drug use, particularly of marijuana. Patients are encouraged to stop using drugs that may contribute to the condition, as it can lead to regrowth in individuals who have undergone gynecomastia treatment.

Although it is one of the more invasive cosmetic procedures, liposuction is popular amongst patients looking for instant fat loss. During liposuction surgery, doctors suck out fat from the belly and inject solutions that destroy additional fat tissue. Advances in technological treatments permit another type of liposuction, ultrasonic-assisted liposuction, that involves burning and melting fat tissue before it’s extracted from the body.

Liposuction is popular amongst patients seeking a slimmer figure. It often coincides with fat transfer surgeries, which involves removing excess fat from the belly and relocating it to the hips or bottom. This affords patients an hourglass figure without stepping foot in the gym.

Abdominoplasty, like many other procedures on this list, is better known by its popular name, the “tummy tuck.” It is also similar in that it frequently follows other cosmetic operations, such as liposuction or breast reconstruction surgery.

Patients seek out tummy tucks after extreme weight loss that leads to sagging folds of abdominal skin. New mothers also turn to abdominoplasty to tighten skin that has been stretched out or damaged during pregnancy.

If you think plastic surgery may be right for you, it’s crucial that you go into your initial appointment with your surgeon with an understanding of the basics. The popularity, safety, and affordability of cosmetic procedures makes access to this information an easy first step of the process of attaining aesthetic perfection.

5 ways to fight covid and bloodborne pathogens in the workplace – stay safe and protected! 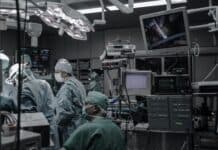 Medical Innovations that Persisted in Spite of the Pandemic

How Can Online ACLS Certification Support Your Career

How to Find a Pelvic Pain Specialist?