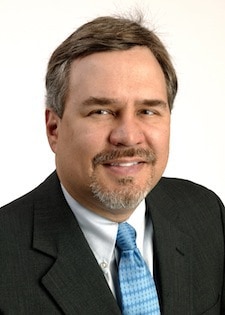 A recent decision from a federal district court in Texas analyzes a number of controversial physician-hospital relationships and explores the limits on qui tam whistleblower suits.  In U.S. ex. Rel. Parikh v. Citizens Medical Center, three cardiologists who formerly practiced at Citizens sued the hospital, its administrator and a cardiologist employed by the hospital, alleging a variety of False Claims Act (FCA) violations including improper bonuses and financial incentives to physicians, violating Texas’s ban on the corporate practice of medicine and providing worthless and unnecessary medical services.  The hospital moved to dismiss the suit, asserting that the whistleblower plaintiffs failed to plead sufficient grounds for a FCA violation and citing governmental immunity as a county-owned hospital.  The court agreed to dismiss some, but not all, of the counts and allowed the case to proceed.

The FCA permits private individuals who provide original information of fraud (referred to as “relators”) to bring suit on behalf of the federal government and to share in the recovery, which can include treble damages and civil penalties of up to $11,000 per violation.  The three cardiologists claim that the hospital violated the FCA by, among other acts, paying emergency room physicians bonuses in exchange for referring cardiac cases to their hospital-employed competitors, paying those employed physicians excessive compensation and entering into other improper deals with other physicians on the hospital’s staff designed to induce them to refer Medicare business to the hospital and its affiliates (and to steer that business away from the cardiologists).

The suit claims the hospital engaged in prohibited transactions with its employed emergency room physicians, cardiologists and hospitalists, and also employed those physicians directly in violation of state law prohibitions.   It also alleges improper dealings with non-employed gastroenterologists, urologists and other specialists.

The court noted that two laws that often serve as FCA predicates are the Anti-Kickback statute (AKS) and the Stark self-referral law. The hospital responded by stating that the cardiologists had not alleged that they falsely certified compliance with AKS and Stark.  The court disagreed, stating that numerous courts have held that allegations referring to cost reports and enrollment applications are sufficient to plead certification as required for FCA liability.

The hospital next tries to convince the court to dismiss the case because the cardiologists did not allege any specific referrals were improperly induced, noting that they are one of only two hospitals in the community.  The court noted that all that was required for a case to go forward is a pleading that the hospital made kickbacks with the intent of inducing referrals, and they plead particular details of a scheme paired with reliable indicia that lead to a strong inference that claims were actually submitted.   The court looked at each set of allegations separately:

With regard to the employed ER physicians, the cardiologists cited a bonus formula that allocated half of the hospital Chest Pain Center’s revenues to the referring ER Physicians as bonuses. The court held that the variable pay based on referrals is sufficient to state a claim under the AKS despite the hospital’s attempt to invoke the “personal service” safe harbor.

With regard to the hospital-employed cardiologists, the plaintiffs claimed that their pay more than doubled upon becoming employees despite the hospital losing $400,000 – $1,000,000 per year on the deal, due to their lucrative cardiac surgery referrals. Again, the court considered these allegations sufficient to state a claim.

The claims involving the gastroenterologists medical directorship and colonoscopy fees were allowed to proceed. Unlike with the hospitalist allegations, Relators have pleaded the specifics of the alleged scheme that the hospital and its administrator award screening days, and therefore $1,000 daily bonus payments, to gastroenterologists based on their referrals.  The plaintiffs will need to prove these allegations in later proceedings in order to prevail.  Similarly, the hospital’s deal with physicians who had invested in a competing lithotripsy venture with which the hospital had an exclusive contract was deemed sufficient to allege a violation if the improper intent could be proven.

The final group of claims was dismissed by the court for lack of detail. Among the improper inducements were free travel for a “leadership conference,” discounted rent and refurbished office space, free medical care for one physician’s injured son, and free computers, EKG machines, flat screen televisions, furniture, and/or fish tanks.

The court also tossed the claims relating to the corporate practice of medicine, stating that the FCA is not a general “‘enforcement statute’ for federal”—or state—“statutes, regulations, and contracts” and that only violation of laws which are a condition or prerequisite to federal payments can support a FCA claim.

The court disregarded the hospital’s immunity defense because qui tam relators in a FCA case are acting on behalf of the government itself, not as private parties.

This case is a textbook example of the kinds of transactions which, if proven, can land hospitals and physicians in costly and risky litigation.  It remains to be seen if the plaintiffs will be able to successfully prove their claims, but a number of Citizen’s Hospital’s initial defenses have failed to stop the case from going forward.  Careful planning, legal analysis and documentation, particularly of fair market value and compensation methods, is the best way to protect against whistleblower suits.

William H. Maruca is a healthcare partner with the firm Fox Rothschild LLP. He can be reached at [email protected] or 412.394.5575.

What to Do if You’re Injured on Vacation