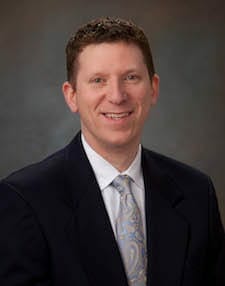 ICD-10.  If you work in healthcare, chances are you can’t go a day without hearing about the October 1st, 2014 mandated transition to the ICD-10 codeset. “ICD” stands for International Classification of Diseases, created by the World Health Organization in 1948. While pretty much the rest of the world has been using ICD-10, which contains 69,000 diagnosis codes, for the past decade, the US has stayed with an older version, ICD-9 (14,000 diagnosis codes), since the late 1970s.   Though ICD-10 will provide physicians with greater granularity when it comes to describing a patient’s condition(s), it also comes with significant administrative costs and training requirements for physicians and support staff alike.

In 2009, George W. Bush signed a law making ICD-10 mandatory. The codeset was originally to be adopted by the US in 2011, then 2013, and now, 2014. While many in the medical community hope/wish/predict another respite is yet to come, the Centers for Medicare and Medicaid Services (CMS) have been quite vocal of late that there will be no more delays to the October 1st, 2014 implementation date.

So if ICD-10 has you losing sleep at night (a recent Workgroup for Electronic Data Interchange [WEDI] ICD-10 Readiness Survey found that about 50% of surveyed health care providers had yet to complete an ICD-10 impact assessment), with about only nine months to go, here is a top-ten list aimed to jumpstart your ICD-10 implementation process.

While it’s true that pressure from groups like the AMA (who fervently oppose the implementation of ICD-10 given the potential impact to physician productivity and reimbursement) could delay the transition date, as each day goes by, that seems less and less likely (especially given that in December CMS extended the period for attesting to Meaningful Use stage 2 through 2016, a one-year delay and less on provider groups’ plates for 2014). So it’s time to move beyond denial, anger, bargaining and make your way to acceptance.

9. Investigate available CMS resources and connect with peers on groups and listservs

Given that the usage of ICD-10 for documenting patient conditions is a mandate from the government, agencies such as CMS have been pretty good about making tools available to aid organizations with how to plan for the transition. In addition, many industry associations have their own ICD-10 FAQs and resources publicly available. Start to spend a little time each day digging into the best approach for transition, educational resources, testing plans and so forth that is applicable to an organization of your size and type of specialty.

8. Evaluate the impact on your group by assessing utilization of ICD-9 codes used for patient billing

One effective way to understand more about the impact of ICD-10 on your group is to do an analysis of what your providers code for in ICD-9. Run a diagnosis frequency report out of your billing system to get a handle on what your  most common diagnosis codes are – depending on your group’s specialty this may be broad or narrow, but will give you a starting place for what coding might look like in ICD-10.

7. Based on #8, seek guidance on the most appropriate crosswalk tool/option for your group – forward or backward

For many groups that feel behind in terms of physician training and education, the path of least resistance may appear to be a tool that converts an ICD-9 code into an ICD-10 code. This is referred to as “General Equivalence Mappings” (GEMs). While any group can download a GEMs table for free, this is not an exact crosswalk because one-to-one matching is not always possible given there are many more codes in ICD-10 than in ICD-9. The opposite approach is to map backwards from I-10 to I-9 via the “ICD-10 Reimbursement Mappings” table. This is a preferred approach since it places the practice square into the world of ICD-10 coding while the backwards mapping can be used as a “cross-check” for what was intended.

6. If your billing/charge capture is paper-based, evaluate alternatives for an electronic solution

While most groups are using electronic medical records for office-based billing, providers that provide care in the hospitals still often find themselves using paper note cards to document charges. This is simply not feasible in the world of ICD-10. It is not too late to investigate electronic options for charge capture. Many of these coding support tools can be run on a provider’s smartphone or embed into an existing clinical system, readily fitting into a physician’s daily workflow.

5. Request readiness statements from all vendors that touch diagnosis coding

The average physician practice may have upwards of ten plus systems that store or process diagnosis codes. It is critical to have a handle on where each system vendor is in terms of ICD-10 readiness and what will be made available in terms of testing environments, upgrades, and training. And be sure to ask for contingency plans should a vendor fail to have ICD-10 remediation complete by October 1st.

If it is not financially possible to train an entire business office staff on ICD-10, make sure at least one coding expert is trained and can deliver training to other staff. There are several coding experts and consultants available to deliver web-based or on-site training while industry associations such as AHIMA and AAPC offer coding certification courses as well as web seminars on topics related to specific specialties. On the physician front, try and identify ideally one provider per specialty to adopt the codeset early, perhaps via dual-coding workflow, in order to help bring other providers on board and serve as a training resource.

3. Create a timeline for live usage that gets practice buy-in

Once you have created a plan for coding, gotten a sense for vendor readiness, and established a plan for training, it’s time to put the timeline together for when your group will be fully up on ICD-10. For many groups that won’t be until October 1st, so be sure to have milestones along the way.  Determine now what amount of charge lag will be acceptable the first few weeks of October and block time each day to confer with physicians around charting or charges that seem problematic.

2. Set the expectation of possible yet hopefully short-term impact to workflow and reimbursement

It is widely known that when Canada introduced ICD-10 back about ten years ago, coder productivity dropped by 40% and took years to rebound. Hopefully the impact won’t be so dramatic here, but the reality is, there will be a deceleration to most revenue cycles for some period of time as well as the potential for more denials and greater days in A/R as payers determine policies. So that means billing for every dollar now, and billing things right the first time while rules are still well understood.