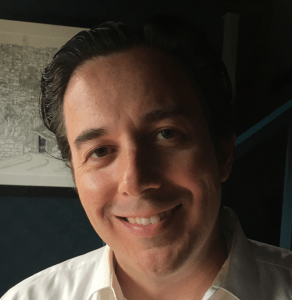 Healthcare providers have a new option for gauging the state of their patients’ health: measuring the length of their telomeres. These structures—regions of genetic material located on the ends of a cell’s chromosomes—shorten every time cells divide.

Telomere testing can benefit patients seeking medical care across a wide range of disciplines—including cardiovascular, neuroscience, sleep and stress management—because telomere length is not static: just as blood pressure and cholesterol level can be improved by having patients make positive lifestyle changes, so can telomeres be lengthened with similar positive changes. Testing telomere length may inspire patients to take the necessary steps to improve their health.

More than 20,000 published peer-reviewed papers over decades of research support the link between short telomere length and a variety of age-related diseases, along with overall general mortality. Some highlights are below:

In July 2017, the Journal of the American College of Cardiology published a groundbreaking study that definitively established, for the first time, a causal link between shorter telomeres and cardiovascular disease. Researchers from the University of Groningen in the Netherlands studied the association between genetically determined telomere length (gTL) with cardiovascular conditions and mortality in 134,773 individuals of the UK Biobank population. The researchers found shorter gTL was associated with 14 percent higher risk of CVD per SD change in gTL.

A peer-reviewed study, published in Molecular Psychiatry, found suggestive evidence that pharmacologically treated major depression is associated with shorter telomere length. A separate study, published in the Annals of Clinical and Laboratory Science, showed that that the negative correlation between telomere length and age become much stronger in Alzheimer’s disease patients compared to the control group. Additionally, the researchers observed a significant negative correlation between the duration of Alzheimer’s disease and telomere length, especially in the female subjects.

A convenient and easy-to-administer form of telomere test is on the market: Telomere Diagnostics, Inc. has developed and patented TeloYears™. A custom blood sample collection kit is sent to Telomere Diagnostics’ CLIA laboratory in Silicon Valley. There, the relative average telomere length in white blood cells is measured using a proprietary variant of quantitative polymerase chain reaction (PCR) assay, which has been spotlighted in the academic journal Nucleic Acids Research. The test can be performed repeatedly over time, so that the patients can see how their lifestyle changes are working to improve their telomere length.

The patient receives a report that lists their average telomere length expressed both numerically (as a T/S ratio, which is a unit measure commonly used in published literature) and also as an age and gender adjusted percentile score based on a comparison to a reference range that is statistically representative of the U.S. population. Furthermore, the TeloYears Blueprint for Aging Well includes a detailed self-assessment to help identify areas for lifestyle improvement that can be discussed with physicians as part of patients’ overall treatment plan. This test can be especially valuable as patients are steered to personalized medicine and many opt to consult with physicians about lifestyle and natural changes to see if there is improvement before starting chronic medication therapy.

As healthcare practitioners look to improve the standard of care within their practice, the prospect of incorporating telomere testing into conventional batteries of diagnostic tests holds promise and appeal. As with cholesterol testing today, telomere testing might one day become an integral part of every ordinary checkup.

Jason Shelton is CEO of Telomere Diagnostics, which has developed the patented TeloYears™ genetic test to measure telomere length, a recognized biomarker for aging well.

Fiber Optic Telecommunications: The #1 Doctor Recommended Prescription for your IT...

The Benefits Of Healthcare Automation In A Big Industry

Why You Need Strong Cybersecurity—Even If You Can’t Afford an IT...