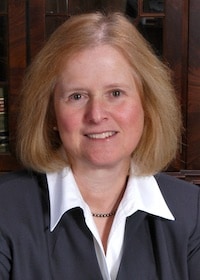 For decades, the pharmaceutical industry has sent sales representatives to hospitals and physicians’ offices to tout the benefits of their company’s prescription drugs and persuade doctors to prescribe the drugs to their patients.

And for decades, those sales representatives often have worked more than 40 hours a week without getting paid for overtime.

And until 2009, nobody said anything about it.

That’s when some pharmaceutical representatives sued their employer for a failure to provide overtime pay.  Under the Fair Labor Standards Act (FLSA), most employees who work more than 40 hours in a given week must be paid overtime compensation equal to one and a half times the employee’s normal hourly wages.

There are exceptions within the FLSA, however, including a provision that workers employed as “outside salesmen” are not entitled to overtime pay.  The pharmaceutical company in this case contended that, as is standard in the industry, it considered its representatives to be “outside salesmen” and therefore did not have to pay them overtime.

The lower court agreed with the employer and the case would have been dismissed if it hadn’t been for a brief filed in 2009 by the Department of Labor indicating a change in its interpretation of the definition of “outside salesman.”  The Department of Labor attempted to clarify the meaning of a “salesman” to be a person who actually transfers the title of some tangible property, a departure from its earlier interpretation that an employee had to make sales “in some sense.”

Because pharmaceutical representatives can’t actually sell medications but can only promote the drugs and receive “nonbinding commitments from physicians to prescribe certain drugs,” the Department of Labor stated that it would not technically consider them “outside salesmen.”   Without classification as outside salesmen, all pharmaceutical representatives would be entitled to overtime pay under the FLSA, creating a huge and unexpected liability for pharmaceutical companies.

The case went to the Supreme Court, and in June the Court held that pharmaceutical representatives are, indeed, outside salesmen under the FLSA.  The Court said that the Department of Labor’s new interpretation did not follow sound reasoning, and would result in massive liability for conduct that had been ongoing for a very long period of time.   The Department had never before given any indication that pharmaceutical representatives were not outside salesmen, and therefore the new interpretation would be an unfair surprise to pharmaceutical companies.

The case was a sharp slap on the wrists for the Department of Labor, and all employers should take note that the Department may continue to be unable to enforce “unfair surprises” that change long-held practices that had become an accepted part of the industry involved.  In the words of the Supreme Court, “while it may be possible for an entire industry to be in violation of the FLSA for a long time without the Labor Department noticing, the more plausible hypothesis is that the Department did not think the industry’s practice was unlawful.”

Health care employers should take care to adhere to all appropriate wage and labor laws, and the case illustrates the need to keep up-to-date with changes in the law.  But employers can also breathe a sigh of relief that, at least under the current Supreme Court, the Department of Labor must give fair warning of any changes to its interpretations and its enforcement policies.  So for prudent health care employers that keep an eye on the labor laws, there should be no unfair surprises.

Jane Lewis Volk is an employment attorney at Pittsburgh-based law firm Meyer, Unkovic & Scott and can be reached at [email protected]

When Should a Physician Hire Personal Counsel in a Medical Malpractice...