Stark Law was intended to curb perceived unnecessary referrals and over-utilization of services by physicians within groups or at facilities with which they have ownership or financial interests. However, according to Wayne J. Miller, an attorney with Compliance Law Group based in Thousand Oaks, Calif., there are ways other than outright prohibition to monitor improper utilization.

“There’s no clear evidence so far that the law by itself has stemmed inappropriate referrals,” he says. “Further, the law has a wide range of exceptions and requirements which makes it very difficult for the average practice to comply. On the other hand, the law has helped stem some questionable joint venture activity such as shared office laboratories by outlawing this type of arrangement.”

Experienced health care attorneys can help guide practitioners but many in the industry have been seeking to get the law repealed or simplification.

“So far, Congress and the President show no interest in doing so because they perceive it as a tool against overuse of resources,” says Miller.

With Stark Law here to stay—at least for the foreseeable future—physicians may still have some questions about Stark Law and its application.

The answer to this question depends on who you ask. Lance O. Leider, an attorney with The Health Law Firm in Altamonte Springs, Fla., believes that it is necessary.

So the idea is that if the physician is not getting paid for his or her referral or getting a piece of the service on the back end, there is little or no incentive to refer for unnecessary procedures.  Another concern, according to Leider, is that by permitting self referrals you are discouraging competition among providers, as well as reducing the overall quality of care.

“The whole idea of a referral is that your physician will refer you to the best provider he or she knows of for that particular service,” he says. “If you allow the physician to own the referral source you are not necessarily getting an unbiased opinion.”

When does Stark Law apply to a practice?

The Stark Law provisions apply when a practice has an ownership or other financial arrangement with a referral recipient that provides certain “designated health services” (DHS) to a Medicare patient.

DHS is defined by statute and include:

“DHS includes ancillaries like radiology, physical and other therapy services, laboratory as well as DME and in- and outpatient hospital services,” says Miller. “The specific DHS services are defined by CPT code, which CMS lists and updates annually.”

If the Stark Law is implicated, a referral is prohibited unless an exception applies, adds Miller. There are many exceptions for a number of common financial transactions, such as service contracts and leases, but there are standards that must be met to rely on these exceptions.

What are some common misunderstandings about Stark?

For Leider, the most common misunderstanding with Stark is the notion that because someone else is doing it, it is legal.

“Many times practitioners will come to the office seeking advice regarding the legality of a proposed arrangement,” he says. “Often they are convinced that because a colleague or competitor is doing something that it must be ok.”

The reality is that you don’t necessarily know all of the inner workings of the other arrangement, and it is entirely possible that the other arrangement is illegal and they just haven’t been caught yet. Another misunderstanding is that if the patients are not Medicare or Medicaid recipients, then Stark does not apply.

“This is only half true,” says Leider. “While Stark may not apply, many states have mini-Stark laws that pick up the slack and apply to cash and insurance patients.”

For example, Florida has the Patient Self Referral Act that prohibits referrals for non-Medicare and Medicaid patients. Many times these laws incorporate the exceptions found in federal law and apply them to the referrals not covered by Stark. Miller also notes that some states, like California, apply their mini-Stark laws to all patients, regardless of payor source so that Medicare patient referrals are still impacted .

Another misconception is that every financial transaction is subject to Stark, Miller notes. Financial transactions between primary care and specialist doctors, for example, may not come under the law if referrals are not for DHS, such as a physician consultation.

“Lastly, it is a misconception that an arrangement that is okay under the Stark Law is automatically clean,” he says. “It must also be evaluated under Medicare anti-kickback laws and under state law as well.”

What is an exception medical practices should be particularly aware of?

There are some exceptions to Stark Law and often several have to be evaluated under the particular facts.

“Practices with in-house ancillary or physical therapy often look to the in-office ancillary services exception to permit referrals within the group,” says Miller. “Doctors working for hospitals attempt to comply with the personal services or employment contract exceptions.”

Leider adds that if a practice is contemplating changes to its referral practices, it should consult with someone who is knowledgeable regarding the regulations.

“With the health care laws in the U.S. in a state of near constant flux, word of mouth cannot really be relied upon,” he says. “Just because you know someone who is doing it does not mean it was or is still legal. Some of the biggest exceptions that are developing right now are in-office ancillary services and waivers of Stark liability that come along with being a provider in an Accountable Care Organization.”

Miller recommends that practices use a Stark law checklist before entering into any type of financial arrangement with a referral partner. This may be as simple as identifying if any of the potential or actual referrals involve Medicare patients and also involve a DHS.

“If it appears that Stark applies, then all of the requirements of an applicable exception must verified if the transaction is to move forward,” he says. “Parties to both sides of a transaction often turn to counsel to determine if an exception is met.” 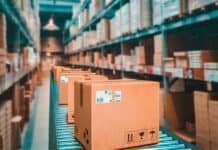 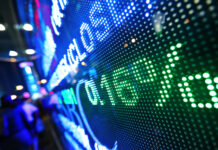 How does payroll software handle taxes?