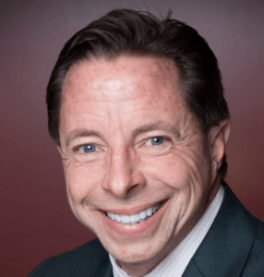 If you’re familiar with spelunking, you know that it involves lowering yourself into a dark cave, completely at the mercy of any hazards that might await, unseen, as you descend into the inky blackness. The only thing you have in your possession, to avoid any potential danger, is a flashlight to show you everything you might encounter and what the potential downfall might be.

This is not the case with being a part of a health care insurance captive, a kind of “in-house” benefits plan that covers the assets and risks of a company—with no surprises. At least this is the perception of such a program. But it’s a perception that is rapidly becoming a reality as more employers begin to know where to shine the light.

As of five years ago there was virtually nowhere for a company to go where you could insure as little as 10 employees, with the big insurance players looking for 200 or more lives to put on their books. If you were an employer with 10 employees or less you were pretty much at the mercy of traditional insurance companies with traditional annual premiums. But now that has all changed.  According to Debbie Liebeskind, a senior actuarial consultant at Towers Watson & Co. in Parsippany, New Jersey, “Employers looking to hold down group healthcare plan increases should consider turning to their captive insurers. Compared to purchasing coverage in the traditional market, funding group healthcare plan benefits through a captive can result in a pricing advantage initially and at renewal.”

Captive insurance groups fall under many of the same favorable tax and accounting laws as do traditional insurance companies. Better yet, a captive program that is owned by its policyholders retains these profits for the benefit of its members, unlike a traditional insurance company that distributes profits to its outside stockholders. In a captive program, the members have more control of the claims process, particularly in the area of workers’ compensation. Assistance is given to the members to develop effective loss control programs to reduce the incidence of injuries. When there is a workers’ compensation claim, there is closer communication between the claims personnel, medical providers, and the employer, and all parties work toward returning the injured worker back to productive employment. All of this improves employee productivity and contributes to higher profit margins.

The benefits of being involved with a healthcare captive insurance program are plentiful, with a major component—back to our spelunking example—being the ability to now see all the data as it unfolds in front of you, whereas in the past traditional programs took all means necessary to keep clients in the dark. But by having access to this data you are now able to get better rates, create wellness programs, settle claims faster, and, perhaps most importantly, lower your annual premiums.

We’ve been able to accomplish this with a number of large organizations over the past year or so, companies that have switched from traditional insurance to a captive plan working due to having a relatively small number of employees. Both the Beaver and Johnstown Housing Authorities have experienced favorable results by participating in the program, which allows them to receive the proper data in order to make effective plan changes.

Truth be told if there is still a fear out there when it comes to any self-insured plan, it’s the misconception that there is a fear of absorbing too much risk. But there are caps in place on every employee in order to protect the group, as well as that aforementioned transparency that allows you to see the danger before it happens.

By being part of a captive you are also able to purchase and risk-share stop-loss coverage. The more employees that participate, the more you are able to spread the risk (thereby reducing the risk) and subsequently increase the availability of stop-loss coverage that smaller employers might not have access to.

When someone lowers themselves into that cave the fear that starts to bubble up within them is the fear of the unknown, of feeling unprotected and vulnerable. But that fear can be decimated with a simple beam of light.  That’s what a healthcare captive insurance plan is—a beam of light, one that can show a company the path to a better health plan and lower premiums. My advice?  Go into the light, not away from it. It’ll be a path well worth taking.

Brad Prentice, CHRS is Vice President and Manager of the Employee Benefits Department for Duncan Financial Group. For more information, contact Brad at (412) 238-7332, or at [email protected].

12 Ways To Recruit Insurance Agents To Your Agency

What to Do When Your Loved One Gets Fatally Injured Due to a Maritime Accident?

Should You Consider Burial Insurance When Working In A High-Risk Environment?

Ways to Feel More Confident About Your Health Insurance Coverage

Is your life insurance working against you?