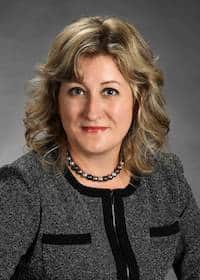 In his famous last lecture, terminally ill CMU professor Randy Pausch offered his thoughts on the really important things in life.  One of the points he spoke about was knowing how to apologize.  Supposedly a good apology has three parts: (i) Saying you were wrong, (ii) Saying you feel badly, and (iii) Asking how you can make it better.  He added that one of the worst kinds of apologies was the “I’m sorry you felt hurt by me” kind, which seems a sort of throw away gesture because it lacks acceptance of responsibility for the hurt caused.  Yet a new Pennsylvania law encourages just that.

The Benevolent Gesture Medical Professional Liability Act (the “Act”), signed into law on October 25, 2013, makes apologies by physicians to patients and their families inadmissible in medical malpractice cases.   However, the Act excepts from its protection admissions of wrongdoing.  Specifically, the Act makes any benevolent gesture by a health care provider, made prior to the commencement of a medical professional liability action, inadmissible as evidence of liability, so long as such gesture does not include an admission of negligence or fault.  So, the physician can apologize, as long as that apology doesn’t contain an acknowledgement of responsibility – exactly the “I’m sorry you felt hurt by me” expression that Professor Pausch criticized.

Still, this new law appears to have the support of both physicians and attorneys alike.  In a Press Release issued the day the Governor signed the bill, The Hospital and Healthsystem Association of Pennsylvania “hailed” the Act’s passage.  HAP President and CEO Andy Carter was quoted as saying, “This is a significant win for Pennsylvanians and the hospitals that serve them…The bill does not prevent any patient from filing a medical liability lawsuit when there is an unanticipated medical outcome. Instead, it allows for the kind of open discussion that can lead to resolution without the excessive costs that result when matters are decided in the courtroom.”

Similarly, commenters from the legal side have indicated that the law may help to mitigate potential lawsuits, in part because patients and families often sue in an attempt to get answers regarding what really happened, or because the physician has come across as arrogant and uncaring. In a recent interview with National Public Radio, Art Caplan, a bioethicist and the Director of the Division of Medical Ethics at New York University’s Langone Medical Center, expressed his support for so-called “apology laws.”  He said that physicians have an ethical duty to offer benevolent gestures when errors or mistakes happen, and that most sincerely want to, but may not because they are concerned about being sued.  It seems then that Pennsylvania’s new law is a good thing.

Still, how much can this Act really do?  First, there appears to be a troubling gray area regarding what the physician can say. A provider making an apology would have to be aware not to say anything about cause and effect, or to give an explanation as to why something went wrong.  Yet these seem like natural extensions of a sincere apology and frank discussion.  It may be hard for providers to say just enough, but not too much.

Second, if what the physician says is necessarily so limited, would it even make the patient feel better?  More troubling, might it simply further frustrate matters?   Is half a gesture worse than no gesture at all? A patient perspective may help.  When I had my first child, several hours of labor resulted in a frantic emergency C-section.  I remember the Ob-Gyn yelling.  I remember nurses scurrying.  I also remember that I was not yet numb when they started cutting.

A few days after I got home from the hospital, the telephone rang in the middle of the afternoon.  It was the attending anesthesiologist, who had called, out of the blue, to apologize.  She said that she was sorry for what I went through and that it should not have happened the way it did.  She asked me how I was doing and seemed sincere.  As an attorney, I was amazed that she would voluntarily reach out to a patient to apologize and follow-up.  I wondered why she would make herself and the other providers vulnerable like that, and if the hospital knew of her actions.  As a patient, however, I appreciated her gesture immensely.  Although she never acknowledged fault, it made me feel better.

If my own patient experience is any guide, an expression of compassion can mean a great deal.   Perhaps as the stakes rise, and as errors become more serious, apologies, especially those that lack an acceptance of responsibility, become less satisfying.  Still, it seems that offering providers a sense of protection that encourages honest dialogue with their patients, as this Act aims to do, may help to heal hurt.  As long as providers are careful in what they say, open communication seems a positive step for both sides.  And thus in this particular world, an imperfect apology may indeed be better than none at all.