Reasons to Use A Blood Oxygen Meter 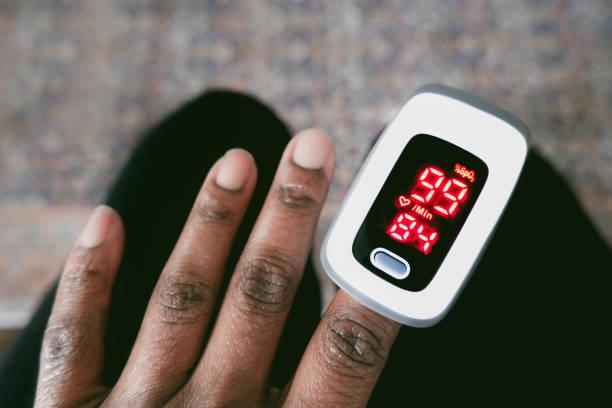 Oxygen is a very important substance to the body. There is a constant need for it by every cell and tissue so that they can function optimally. It is able to get into the tissues and cells through breathing and via the lungs. As the lungs take it in, it goes into the bloodstream via millions of air sacs which are referred to as alveoli.

After it enters the bloodstream, hemoglobin which is present in the red blood cells picks it up. The hemoglobin carries it to the tissues and cells. It helps to replace worn-out cells and provide energy to the body while supporting the immune system and so on. You can learn more about its importance here.

Because cells and tissues cannot save up on this substance, they need a constant supply of it all the time. This is why anyone who is unable to breathe will have low levels of it and this will ultimately result in death.

The level of oxygen in the blood talks about the amount that a person has circulating in their body. When it falls below 89% or its pressure in the artery is less than 60 mmHg, supplemental oxygen will be required. This can happen during different activities such as exercising, climbing heights, at high altitudes, or even during rest and sleep.

Low levels of the substance may mean that there is likely an issue with the lungs or the respiratory system. Lung diseases may cause scarring or inflammation in the lungs specifically where it passes into the bloodstream.

This inflammation makes it quite difficult for oxygen to get into the bloodstream and therefore, its amount in the blood reduces. This results in the cells and tissues not receiving enough of the substance and this is called hypoxemia.

The level of oxygen in the blood helps us  to know how well your heart, lungs and circulatory system are performing. For a typically healthy person, this level is between 95 and 100 percent. What this translates to is that most of the red blood cells carry it to the tissues and cells.

One can measure its level in the blood which is generally referred to as oxygen saturation. This can be done through an arterial blood gas (ABG) test. An ABG test is painful but very accurate. However, it can be quite difficult to carry out at home.

An alternative, easy and less painful way to measure this is using a device called a pulse oximeter. A pulse oximeter is a little device that is clipped to any part of the body but mostly the fingers. It helps to ascertain the ratio of oxygen-carrying red blood cells to those that are not carrying it.

The device emits light and this passes through whichever part of the body it is attached to including the tissues and the blood. It goes through these layers unto a sensor which is on the other side of the meter.

The meter measures the amount of light that passes through without getting absorbed by blood and tissues. This measurement is then used to calculate the amount of oxygen present in a person’s blood. This method is non-invasive, does not hurt and carries no known risk.

There is a wide range of user-friendly devices like CardicSense blood oxygen meter available online if you wish to buy a pulse oximeter. Using a meter is not as accurate as doing an ABG test as it can be influenced by several factors. These can include nail polish, dirty fingers and so on. It is therefore imperative to clean your hands properly before using the device to get more accurate results.

Having low levels of blood oxygen may not necessarily be harmful. It can happen in people who do strenuous activities or people at high altitudes. As such, people like these do not need to regularly monitor their oxygen levels.

However, people with diseases such as pulmonary fibrosis, chronic obstructive pulmonary diseases (COPD), emphysema, etc. need to monitor theirs regularly. Doing so will help to easily and quickly detect if there is anything wrong in your body. With this, you can immediately seek medical attention. People like this should exercise, eat a good diet and also avoid smoking.

Oxygen is one substance that the body needs in other to function properly and to stay alive. While for the most part, healthy people have adequate levels of the substance, people with lung issues may have lower levels of it. If you fall into this category, it is recommended that you regularly monitor your oxygen levels.