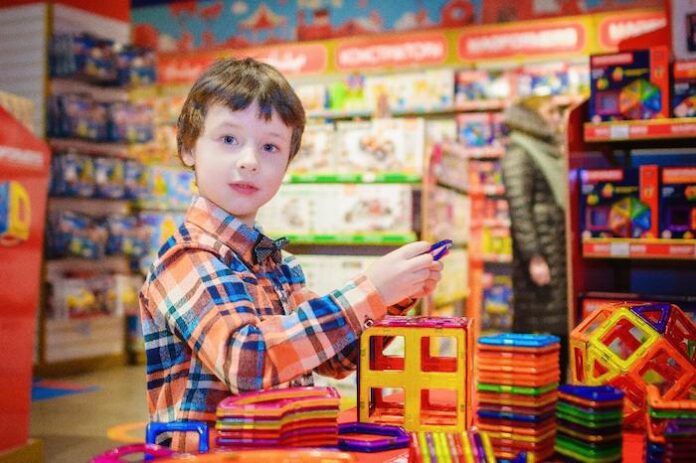 Every human being is different; it is a commonly heard phrase. It is because every human brain is different. Everyone’s psychological needs are different. The personality that anyone possesses depicts his childhood development. Any trauma in childhood may manipulate the person’s whole life. So, it is necessary to take care of a child’s development in his early years.

Imagination is not given any importance in the practical world but is actually the imagination that develops the thought process. The way you develop your baby’s imagination, the more vivid his thought process would be, and he would be better able to grasp the concepts about various things. This article covers a list of pretend play grocery stores to help you.

It is observed that children love imaginary play. They mimic certain aspects of their lives and the surrounding people. They are acting like a doctor, vet, salesman, parent, etc. In short, whatever they observe in their daily life routine, they add it up in their play. It is a very beneficial activity and helps to generate their understanding of various things.

This mimic play develops their social skills; while they talk with each other, they learn how to communicate with one another. They reply instantly and adopt how to convey their point of view to others. It would later help them to be better human beings.

The mimic play of a grocery store also improves a child’s decision-making power. As there are a lot of things around him, and he has to choose one of them. He would look at all the aspects of why he would buy it? If you ask your child, these would be a reason why he is purchasing it.

Plus, there is another child persuading him to buy his product. He also has to deal with it and analyze whether the offer is beneficial for him or not. This enhances his decision power.

When children are playing, they communicate to express their ideas through words. For this, they must have to adopt a language. Sometimes children create new words to explain their thoughts. They always name their toys and dolls, which shows their developing capacity regarding language.

Mock play helps the child to develop for the tough and scary life situations coming ahead. For example, in a grocery store, they can mock a situation where a person has bought all the things but forgotten his wallet at home. This is actually a very embarrassing situation.

But a child would adopt some strategies to solve this problem. He would communicate to convey his issue and would try to resolve it. This would help solve this problem in actual life, and when it comes to life, he would remember the solution forever.

How to help to set up a grocery store for your child?

There are certain ways by which you can interact with your child and make this activity a great learning skill for him. Suppose you see that your child is interested in a grocery store play. Help build it with him and keep adding new things in the store daily to keep his interest developed.

Should Men Take Multivitamins? Everything You Need to Know