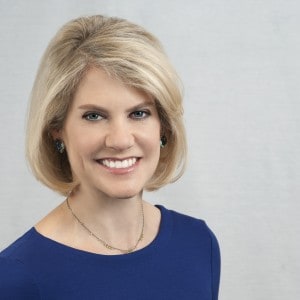 Preeclampsia is a leading killer of pregnant women and a major contributor to maternal and fetal morbidity. Occurring in 6-8% of pregnant women, it is diagnosed after the 20th week of pregnancy by the new onset of high blood pressure and either elevated protein in the urine, or pulmonary edema, cerebral or visual symptoms, low platelets, or specific signs of kidney or liver dysfunction. Although most affected pregnancies deliver at or close to term with good outcomes, women with preeclampsia are at an increased risk for life-threatening events, including stroke and grand mal seizures (eclampsia). Because of these potential outcomes, a key aspect of routine prenatal care is monitoring pregnancies for signs and symptoms of preeclampsia.

Even if preeclampsia is detected in a timely manner, however, delivery remains the only cure. Consequently, women with preeclampsia may need to be delivered prematurely to stop disease progression. This makes preeclampsia an important cause of premature births and early neonatal deaths. In addition, the American Heart Association and the American Stroke association recently identified preeclampsia as an independent risk factor for cardiac disease and stroke in women even decades after an affected pregnancy; it was estimated that preeclampsia doubles the risk of stroke and quadruples the risk of developing hypertension in later life, even if blood pressure returns to normal after delivery. Previously, the negative effects of preeclampsia were thought to resolve after pregnancy.

Despite the potential seriousness and the unmet need for treatment, we do not know who will get it, what causes it or how to prevent it. What is known is that preeclampsia is a complex disorder involving multiple organ systems and biological mechanisms. It is hypothesized that abnormal development of the placenta in early pregnancy may be central to the disease, and that this abnormal development triggers a cascade of events, such as placental secretion of pro-inflammatory factors, which eventually leads to the emergence of preeclampsia in the second half of pregnancy.

There are very few ongoing clinical trials addressing this indication. They include testing of a recombinant form of a single human hormone to treat preeclampsia, and evaluation of pravastatin, a cholesterol lowering drug, for prevention in those women thought to be at high risk for the disease.  Since preeclampsia is multi-factorial and complex, it may be that an effective treatment will involve multiple compounds administered using a technology that enables a comprehensive response to the requirements of dysfunctional tissues involved in the disease.

Cell therapy is an emerging field and cell therapies may prove to embody these characteristics. Pluristem Therapeutics is a clinical-stage biotechnology company that develops placenta-derived cell therapies. The company takes cells from the placenta, and expands and processes them to develop treatments for multiple indications. Their cells, called Placental Expanded Cells (PLX), are thought to respond to chemical signals from damaged tissue in the body by secreting a cocktail of therapeutic proteins that can reduce inflammation and stimulate angiogenesis as well as other healing physiologic processes.  The cross talk between damaged tissues and the PLX cells, as well as PLX secretion of multiple compounds, may be well suited to address complex diseases such as preeclampsia in which multiple tissues and organs are affected. Research in pregnant rodent models of preeclampsia have demonstrated safety and efficacy of the cells in the mother and fetus. A clinical trial in severe preeclampsia is planned to begin this year.

Preeclampsia is an unmet medical need that takes a significant toll on pregnant women around the world, while also increasing the risk for premature birth and the accompanying complications and morbidity for the newborn.  More research into its causes and potential therapies is critical. The emerging emphasis on preeclampsia in the academic, public health and commercial arenas will hopefully lead to progress in treatment and prevention.

Karine Kleinhaus, MD, MPH, is Divisional VP, North-America at Pluristem Therapeutics. She has worked with multiple public and private biotechnology companies on both public and investor relations. Prior to that, she was an assistant professor in the Departments of Obstetrics and Gynecology and Psychiatry at the NYU School of Medicine. At NYU, Dr. Kleinhaus conducted medical research funded under a multi-year NIH grant. She published more than 25 papers in leading peer-reviewed journals such as the Annals of the New York Academy of Science, American Journal of Medical Genetics, and the American Journal of Epidemiology. Before that Dr. Kleinhaus practiced obstetrics and then completed two fellowships at Columbia University. Dr. Kleinhaus received her medical degree from Tel Aviv University, earned a Master of Public Health from Columbia’s Mailman School of Public Health, and a bachelor’s degree, cum laude, from Princeton University.