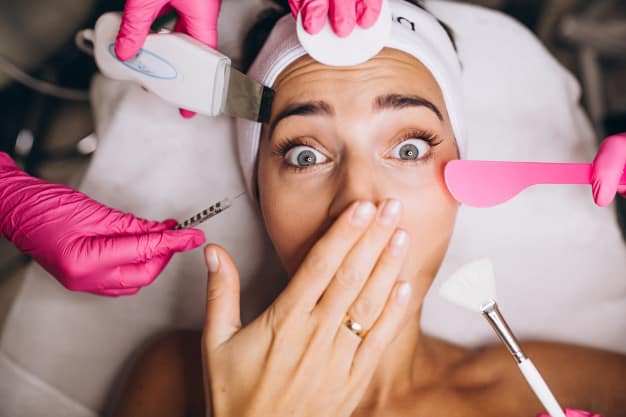 A while back when Q-switched lasers were still the norm with certain skin conditions, no one had even heard of Pico laser in Singapore. Little did they know that this leading-edge technology would come to change the way people all over the world treat pigmentation. It involves less discomfort, shorter downtime, and minor risks as compared to older therapies, and it is here to stay. Let’s look at the five biggest reasons Pico is the most suitable procedure to use when it comes to pigmentation.

#1 Picosecond machines are better and faster than the nanosecond ones

You might have heard specialists say that nanosecond technologies are soon to be replaced by picosecond lasers but you are clueless as to why this is the case. Let’s look at the details. The Picosecond was developed after nanosecond lasers, which automatically makes it more innovative and powerful. But the biggest factor is the mechanism in which each works.

The higher efficiency of this type of laser treatment lies mainly in the length of the pulses. While nanosecond lasers (like Q-switched lasers) operate with a duration of one billionth of a second, picosecond ones are finer and gentler, working at one trillionth of a second and being able to pick up unhealthy cells with more precision than older machines.

If you wonder what difference it makes, let us tell you that from a mathematical standpoint, there is a gargantuan distinction between these numbers which also applies to the results that both technologies obtain.

#2 The treatment is safe and comfortable

According to Cambridge Medical, picosecond technologies are well tolerated by the skin and the majority of patients respond well to the sessions. The overall duration of each procedure is about 15 minutes, which means it can be done during one’s lunch break. So, not only is Pico suitable for most skin types, but it also is convenient.

What is more, the entire process is rather comfortable and people typically report experiencing a feeling that is similar to rubber bands being snapped against the face. It may not be the best sensation, but it is pretty bearable.

So, thanks to the super small duration of each Pico pulse, the laser is especially good at spot treating the skin, which means it targets only teeny-tiny sections of the face. Does it require more time to get results then? Yes, you may have to go to a few more sessions than the average you are used to getting but the damage will be significantly smaller. In the end, it will be worth the trips to the doctor’s office.

#3 The results are easier to predict

Being finer and more advanced than standard topical treatments, Pico laser is capable of reaching the regions that need improvement without causing much harm to the adjacent sections. The epidermis is left almost intact because the pulses are so quick they barely touch it. Not only does this make it more accurate but the downtime is minor, allowing patients to immediately go back to their normal lives.

In comparison, dermabrasion and chemical peels are nothing but aggressive to the skin and they tend to damage its outer layer more readily. That’s why the immediate outcome looks like sunburn. The latter prompts a lengthy recovery ranging from seven days to a few weeks all the while the patient is trying hard to be less self-conscious of their looks.

As for topical ointments with steroids, they take months before they work out. Steroids will lighten pigmentation over time, which means you have to spend a ton of money on the products before you can tell whether they have worked on you or not.

While other lasers work primarily by generating heat which is then pointed at the delicate epidermis with no mercy, the fast energy of the Pico system can get to the pigment underneath almost right away. It’s so quick that it doesn’t affect the surface of the face that much. Aside from that, it comes with multiple wavelengths and greater versatility, which allows for better control.

#5 It has some added benefits

Other than pigmentation and melisma, Pico laser can address some challenging skin problems, such as acne scars and fine lines. Patients are happy to see a significant reduction in their post-blemish marks after a series of sessions.

Not to mention, the technology is used to remove tattoos that are no longer desired by their respective owners. For years, it was Q-switched lasers that would be the star of the show but it turns out the more advanced picosecond devices get to do an impressive job at this particular task too.

Needless to say, in order to reap the full benefits of the treatment, you need to commit to it. That means going back for follow-up sessions, adhering to your doctor’s aftercare tips strictly, and watching your diet. But most of all, you have to make the specialist aware of the things you would like to improve about your face.

See, they will use one wavelength, intensity, and setting when treating wrinkles, and another when going for pigmentation. So, you have to let them know what you are striving to get from this treatment so they can set the machine accordingly.

What You Need to Know When Starting a New Lab

The Future Employment Outlook for Careers in Healthcare

Rhinoplasty in New York City: Confidence Boost or a Bust?