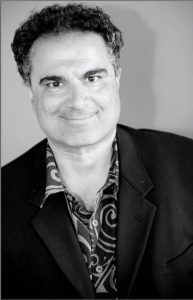 This year marks Meaningful Use Stage 2 of the Centers for Medicare and Medicaid Services’ (CMS) Medicare and Medicaid EHR (electronic health record) Incentive Program — and physicians and administrators have quickly discovered the value inherent in the data they create every day. Technology is becoming increasingly vital to the practice of medicine as organizations adopt EHRs and attempt to extract data from those records to analyze, but even as technology evolves to keep pace with the changing demands of the workplace, it can cause new and unforeseen headaches for users.

Cloud storage has been a boon for many medical practices and integrated delivery systems that use EHRs. The ability to connect to a cloud and access medical records or practice management systems (PMSs) from anywhere, even outside of a clinic or hospital setting, has facilitated the spread of telemedicine and given rural or other underserved patient populations better access to practitioners and specialists. Some EHR and PMS vendors offer cloud storage with their software products and guarantee HIPAA-compliant, encrypted products that secure the safety of that valuable data.

However, the question of who owns the data in a vendor’s cloud isn’t completely clear, which has led to some concern in the medical industry — particularly because of the strict but sometimes murky laws surrounding medical records storage. Health care providers are required to keep their patients’ medical records for a certain number of years (the number varies according to state and specialty), and legally, medical records are the property of the patient to whom they refer. If a patient requests his or her medical record within the time constraint mandated by the state, a care provider must be able to produce that record.

And as physicians and administrators know, sometimes the current EHR you’re using isn’t the best fit for your practice or organization; many physicians’ offices and hospitals have gone through several rounds of EHR software before finding a good fit. Moving data from one EHR system to another has proven difficult at best, and if the organization is using an EHR vendor’s cloud, they might be forced to pay for two different software licenses in order to maintain access to their old data.

A new technology solution to the data problem is emerging, though. Often called the “private cloud,” this option gives medical organizations full control over their data — with all the accessibility of a vendor-owned cloud. Dr. Tom Lally, who runs his practice Physician Housecalls in Denver, notes that his private cloud provider has allowed him to maintain access to his data — from his EHR and PMS alike — even while changing EHR vendors.

“If you use a vendor’s cloud — they give you a website and you log in — they own 100 percent of the data,” he notes. “Everything. You don’t even have it on your server, so you can’t even hit ‘print’ and print out your demographics — and then there are charges and fees and big barriers to exiting contracts with that vendor. So physicians can get signed in with a vendor who quasi-owns their data; and then they can’t get it back themselves. It’s a big risk, and we won’t even consider it.”

Lally’s practice gives critically ill patients an alternative to urgent care or an emergency room visit; they deliver primary care as well as urgent, transitional and palliative care — and they do it all over the city, making the private cloud provider an important part of the practice.

“Years ago, our providers took notes on their laptops,” he explains. “We’d get all the laptops together and synchronize them onto a central server, so at the very best, I’d be seven days behind on a chart. We just couldn’t get those databases together.”

Lally says that his practice had always used a personal cloud, but hosting it off-site with his private cloud provider allowed Physician Housecalls more support and professional-level service for a similar cost. Providers were given tablet computers they can use to log on to the private cloud; they can view appointments, medical records and more from that tablet, as if they were working in the office, and it’s secure and HIPAA-compliant.

“Everybody is now working in one environment,” he says, “so we can share documents and protocols so much faster and more securely than anybody else could do that. For every provider, there’s at least one support person in the background doing faxing and billing — and those folks are also logging on to the private cloud.

“It’s much more efficient for us; it gives us a lot of flexibility; and if we decide to change software vendors, it’s no big deal for us,” he adds. “So we can adapt moving forward.”

Bahman Saless is founder and CEO of Earthnet Inc. (www.earthnet.net), a data center and provider of corporate Internet solutions. Contact him at bsaless@earthnet.net or at 303-546-6362.

How IT Services are Impacting the Healthcare Sector

Cyberattacks in the Real Estate Industry 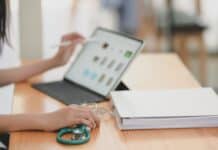 The 2020 guide to keeping your medical data more secure

Spending Your IT Budget More Wisely