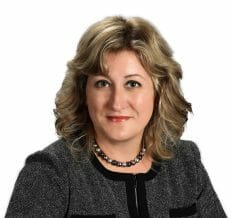 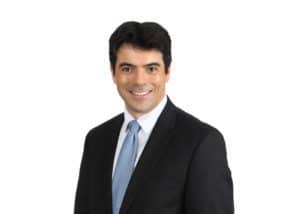 By Sarah Carlins and Adam Shestak

Among the loudest voices that advocated for the legalization of medical marijuana were parents of children affected by medical conditions that are not responsive to conventional medical treatment. Some children suffering with severe seizure disorders, for example, have experienced a great reduction in symptoms when treated with medical marijuana and therefore an improved quality of life.

However, the industry is still developing in the state and it may be many months before medical marijuana will be generally available from suppliers in Pennsylvania. Because of the desire to offer this form of treatment to children who are seriously compromised, Section 2106 of the new Medical Marijuana Act (the “Act”) specifically allows parents and guardians of minors to lawfully obtain medical marijuana from outside of Pennsylvania in order to give them immediate access. Although the regulations implementing the Act are still being drafted, temporary regulations pertaining to Section 2106 have just been released (28 Pa Code Ch. 1131, the “Temporary Regulations”).

Physicians and other medical practitioners will likely receive questions from their patients about this issue. The following is a brief overview of the regulations and their practical application.

Section 2106 of the Act allows parents and guardians of minors with serious medical conditions to lawfully obtain medical marijuana from another “state, territory of the United States or any other country” before it is legally grown in Pennsylvania. Others will have to wait an estimated 18-24 months before the regulations are complete and access to the product is available within the Commonwealth.

The Temporary Regulations implementing Section 2106 direct parents and guardians to apply for a “Safe Harbor Letter” with instructions and a link to the application available on the Department of Health website: https://apps.health.pa.gov/PASafeHarbor/. The application must include a Safe Harbor Physician Form, completed by a physician who identifies the minor patient’s serious health condition and provides his or her physician license number and contact information. The Safe Harbor Letter is meant to serve as authorization for Pennsylvania caretakers to administer medical marijuana to their children. In a June 24, 2016 press release, Secretary of Health Dr. Karen Murphy advised parents to carry these letters with them anytime medical marijuana is transported outside of the home.

Marijuana is still a Schedule I controlled substance illegal under federal law. It is illegal to possess marijuana on an airplane, per federal regulation. It is also a federal offense to transport marijuana across state lines. In the application for a Safe Harbor Letter, the applicant must certify that, among other things, i) he or she understands that marijuana is illegal under federal law, and ii) the Commonwealth is not liable to any individual for any harm that may come from the possession or transportation of medical marijuana.In addition, many states will not accept a caregiver’s Pennsylvania medical marijuana documentation.

Moreover, the forms of marijuana that have been legalized in Pennsylvania may not be the same as those that have been legalized in other states. The Act authorizes the use of medical marijuana in the form of pills, oil, tincture, liquid, topical treatment or a form medically appropriate for vaporization. It specifically excludes dry leaf or plant form. Because medical marijuana obtained outside the Commonwealth must be legal under the Act, possession of the dry leaf or plant form would not be protected under the Temporary Regulations.

Thus, it may be difficult for Pennsylvania parents seeking medical marijuana for their child to actually obtain it at this point in time, although that is what the Department of Health sought to make possible with the newly issued Temporary Regulations. While physicians and other providers should be aware of the Temporary Regulations, it remains to be seen how they will work in practice. Many minors may not have the ready access to medical marijuana imagined by the Department of Health until the industry is established in Pennsylvania, and at a time when it is available to adults and children alike.